Lead Exposure Linked to ADHD in Kids with Genetic Mutation

Exposure to miniscule amounts of lead may contribute to ADHD symptoms in children who have a particular gene mutation, according to new research published in Psychological Science, a journal of the Association for Psychological Science. “This research is valuable to the scientific community as it bridges genetic and environmental factors More

Attention on the Brain

Research links mindfulness meditation with everything from metacognition to cortical thickness in the brain, says APS Fellow Tania Singer. She and other psychological scientists impart the latest findings from the science of paying attention. More

Read about the latest research published in Clinical Psychological Science: The Effects of Attachment Priming on Depressed and Anxious Mood Katherine B. Carnelley, Lorna J. Otway, and Angela C. Rowe Attachment theory suggests that people internalize the quality of early interactions with their primary caregivers, forming an attachment orientation that influences More 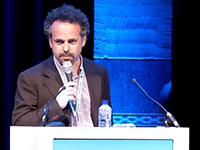 Understanding and Training Attention and the Conscious Mind

APS Fellow Wendell E. Jeffrey, known as Jeff, took an unusual path to developmental psychology. He finished high school at the age of 16 and enrolled at the University of Iowa, planning to study moral philosophy. He left after one semester, feeling the need to aid the war effort. Too More