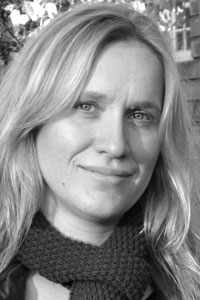 I’m generally interested in the psychological factors involved in intergroup relations, prejudice and discrimination, and group conflict. As part of my PhD, I investigated intergroup relations in Northern Ireland and India. I looked at how different types of perceived threats shape intergroup attitudes and how different forms of intergroup contact affect such threat perceptions. Working in contexts such as India where there are large disparities in status and power between groups increased my awareness of the role of group inequality in intergroup conflict and created an interest in the psychological processes involved in social change. This also led me to take a more critical look at intergroup contact as an intervention to reduce intergroup conflict and at prejudice reduction as an end in itself. My recent work on contact has therefore focused on the potentially counter-productive effects of contact for members of disadvantaged groups and demonstrated that contact may in fact decrease awareness of inequality and discrimination, and reduce willingness to act for social change among members of disadvantaged groups. Another current line of research investigates the factors that influence willingness to participate in political action. I’m particularly interested in finding out under which conditions people opt for non-normative as opposed to normative forms of action, and when they come to support methods such as violence and “terrorism” to address an injustice.

How to reduce social injustice, discrimination, and group inequality and how to create more inclusive societies are among the most pressing questions faced by policymakers. I think that social psychological research can speak to many of these challenges, and I’m excited to work on such vital issues. It is also important to me to highlight that political violence is not an aberration of human psychology, but often a rational act that is driven by a particular set of social conditions — and that can be explained by social psychological theory. Realizing this could have important implications for how we address the issue.

I have been blessed to have a number of great mentors and collaborators. I would like to mention Bernd Six, who first sparked my interest in social psychology when I was an undergraduate at the University of Halle-Wittenberg in Germany. I’m indebted to Miles Hewstone, my PhD supervisor at the University of Oxford, who encouraged me to embark on a PhD in social psychology and who has been incredibly supportive ever since. Russell Spears has been a huge influence and great collaborator in the last few years while I was a post-doc at Cardiff University. Last but not least, I would like to mention Julia Becker at the University of Marburg, Oliver Christ (also at the University of Marburg), and Tamar Saguy at the IDC Herzlyia, with whom I have worked on many of my recent projects on collective action and intergroup contact and who have been inspiring in many ways.

Any success I may have had is certainly due to the great mentors and collaborators I have had (see above!); probably also luck, patience, and enthusiasm for research.

I would like to learn more about the social conditions and psychological factors involved in non-normative collective action and will be developing that line of research further. I’m also interested in finding out what forms of intergroup contact would create commitment to social change among both advantaged and disadvantaged groups, so this is something I will pursue in the future. (It is easy to criticize existing approaches, but much harder to come up with a viable alternative!)

Find an area of research that you are genuinely interested in and passionate about. Accept that you can’t know it all in your first year of graduate school and be open to advice. Don’t be afraid of statistics. Statistical methods are wonderful tools that allow us to answer (some of) the questions that fascinate us. Find collaborators who inspire you and whom you love working with. Write down your ideas; even if they seem preposterous now, you might come back to them years down the line.

Please write a sentence or two about the publication you are most proud of or feel has been most important to your career. As challenging as it may be, please limit it to one publication.

In this paper, we show that our theoretical models of collective action need to be adjusted and extended to account for non-normative collective action such as political violence. I like this paper because we were able to test our theoretical model in three diverse and interesting contexts (German students’ protests against tuition fees, Indian Muslims’ responses to disadvantage, and British Muslims’ reactions to British foreign policy), and because we make two important (I think) points, namely that (1) contempt rather than anger predicts support for non-normative action (in fact, we view anger as a healthy political emotion that is linked to normative collective action) and (2) that non-normative action likely results from low rather than high efficacy, suggesting that non-normative forms of action are chosen when the ingroup is seen as powerless to address an injustice.