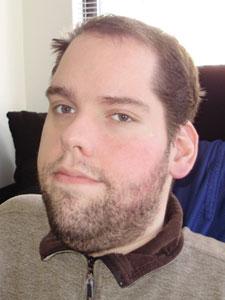 My research focuses on questions of morality and justice in the context of large-scale violence and conflict between groups. Why do people engage in destructive conflict? How do they justify it to others and themselves? How do their identities shape, and are shaped by, conflict? I’m specifically interested in the destructive and constructive powers of morality as well as justice mechanisms (e.g., trials), how they can foster reconciliation or plant seeds for future violence.

I am fascinated by the great human potential to do both good and bad. Why some people become heroes, acting prosocially, and other villains, acting antisocially, sometimes in the very same situation. That’s why I approach my research questions by investigating the interaction between personality variables such as ingroup glorification, and situational/contextual variables such as identity threat. Ultimately I aim not only to understand the bad (e.g., intergroup conflict), but also to learn how to transform it into good (e.g., conflict resolution).

The three most influential people in my academic life are (in the order of when they entered my life): Bettina Hannover, Emanuele Castano, and Ervin Staub. Bettina nurtured my interest in psychology when I was pursuing my diploma at the Free University of Berlin, Germany, and has encouraged and supported me in my academic endeavors ever since. We are still regularly in touch and collaborate from time to time. I know I can always go to her for anything, which is great. Emanuele was my advisor and mentor during my grad school years at The New School for Social Research in New York. He has been, and continues to be, the best mentor I could ever have wished for. I can’t even begin to describe how much I have benefitted from him intellectually, professionally, and personally. As we work exceptionally well together, we are still collaborating on some projects, and it is so much more fun with him. He knows that I will always go to him for anything, which is maybe not great for him, but truly great for me. Ervin Staub started out as a scientific influence, as most of my research draws on his writings. He was kind enough to meet with me at one of the annual meetings of the Society for Personality and Social Psychology during my grad school years, where he took a genuine interest in my research. As it turned out, I am now a faculty member in the peace psychology program he founded. Given our close proximity, he has also become a late mentor of mine, which I am grateful for. I really could not have had any better luck with my mentors.

Tough…I think I’ll go with Leidner, Castano, & Ginges (in press). In this paper we investigated effects of dehumanization on different notions of justice and conflict resolution among Jewish Israelis and Palestinians. I am maybe not most proud of it, but really like the paper because it reports field research in a very “real” context. The data is not 100 percent perfect. The research design is only correlational. But it is research that speaks to an important large-scale problem in today’s world. We (partially) conceptually replicate findings among Palestinians with Jewish Israelis. And it advances our knowledge of intergroup justice and conflict resolution. I think that is how research should be. Rough around the edges, but true at its core.