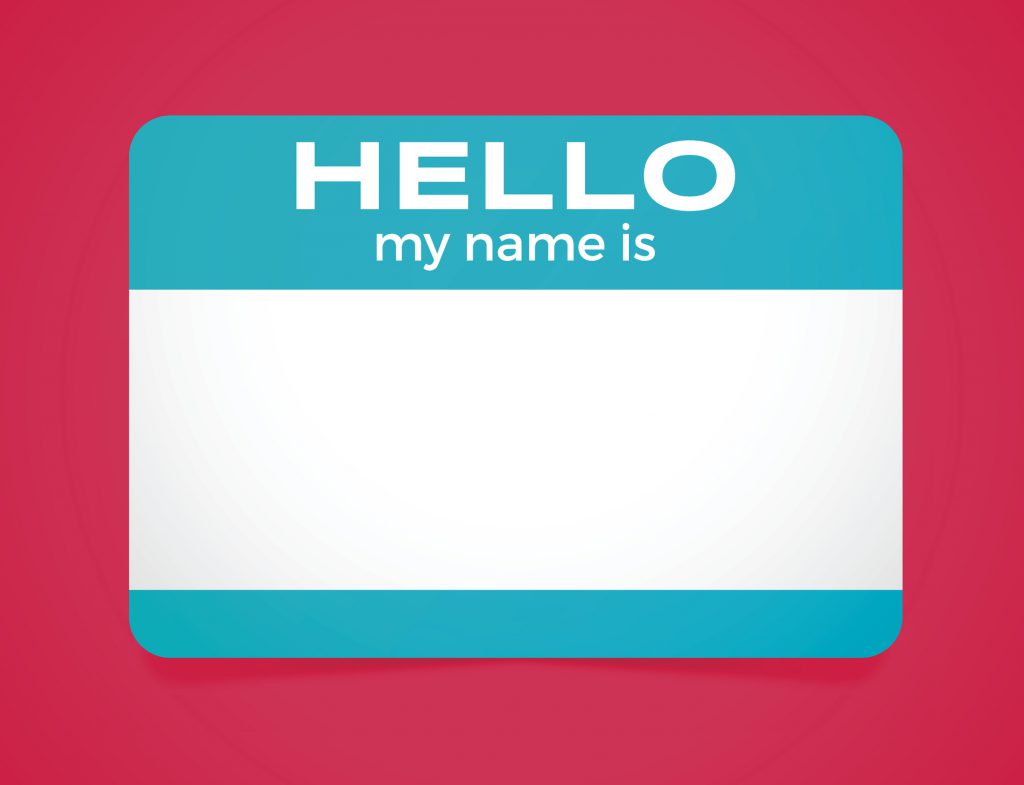 “It’s important to remember people,” the actress Joan Crawford told her biographer Charlotte Chandler. “I pride myself on doing that. I remember hundreds of names, maybe more, not because it comes naturally to me, quite the opposite. I don’t think I was naturally good at remembering names, but it seemed right to make the effort.”

If you have a hard time remembering people’s names at a party or a conference, you’re not alone.  Crawford knew that remembering someone’s name, from a co-star to the catering staff, was a good way to build relationships, and she also correctly observed that recalling names is actually a uniquely difficult skill to master.

The fact that proper names are so tricky to remember can teach us a lot about the workings of human memory.

Unlike other types of words, names are meaningless labels that usually do not reveal any telling information about the person to whom they refer, Abrams and Davis explain. For example, the name Charlie Brown contains a descriptor, brown, that is not informative about what the character actually looks like. Research has also shown that it’s more difficult to access a person’s name than biographical facts about that person. So, if you were to meet someone named Mr. Baker it’s easier to remember that he works at a bakery than it is to remember his name.

There are several factors that determine which words come to us easily, and which ones leave us in a tip-of-the-tongue state. In some cases, the unique sound components of names make them harder to remember. A Saturday Night Live sketch perfectly parodied this phenomenon with a sketch about a new gadget called the Mom Celebrity Translator, a device “that helps sons and daughters everywhere understand the celebrity names that moms always get wrong, such as translating ‘Kite Carbinaw’ to Kim Kardashian.”

“Excluding the names of some celebrities, such as Beyoncé, names consist of at least two components, a first name and a last name, whereas many objects are described using only one word,” Abrams and Davis write. “For names to be successfully retrieved, all of their sounds must be accessible. Because names possess more sounds by virtue of having multiple components, there are more sounds that need to be retrieved.”

Beyond sharing similar word sounds, proper names also refer to people who might also share similar features, characteristics, or attributes – further muddling our ability to match the right name to the right person.

A classic demonstration of this is the Moses Illusion. When asked “How many animals did Moses take on the ark?” most people will erroneously answer “two.” The correct answer is none because Noah, not Moses, is the guy who sailed the ark. But both names refer to male biblical figures associated with miracles, and these shared features create competition for recalling the correct name. This in turn makes it more difficult for people to detect the error even though most people know the difference between Noah and Moses. Experiments have shown that drawing attention to the distractor name, either by using a hard to read cursive font or writing MOSES in all capital letters, results in more people catching the error. When there is phonological overlap (names that sound the same) as well as semantic overlap (similar meaning), a mega-Moses illusion occurs, such as with Lyndon Johnson and Andrew Johnson – both former US presidents with the last name Johnson.

But semantic overlap isn’t the whole story; visual overlap can also stymie our ability to recall the correct name.

In one experiment, researcher asked people “Which movie has (actress name) playing a ballet dancer who slowly loses her mind?” The movie is Black Swan and the correct actress is actually Natalie Portman, but the researchers inserted the name of either a lookalike actress (Keira Knightley), the name of a dissimilar-looking actress (Amy Adams), or a totally unrelated celebrity (Maria Sharapova, a professional tennis player).

The results showed that in the visual overlap condition, people who saw Keira Knightley’s name, people were less likely to catch the error compared to people who saw the names Amy Adams or Maria Sharapova. Furthermore, briefly presenting a picture prior to the question, either of the correct person or of the visually similar distractor, also reduced susceptibility to the illusion.

“[S]hared visual information seems to be particularly competitive in name comprehension, and the increased susceptibility to Moses illusions for distractors that look similar to the correct name supports a theory whereby visual concepts as well as other person-specific information can work interactively, suggesting that visual information may be important for processing proper names more generally,” Abrams and Davis conclude.