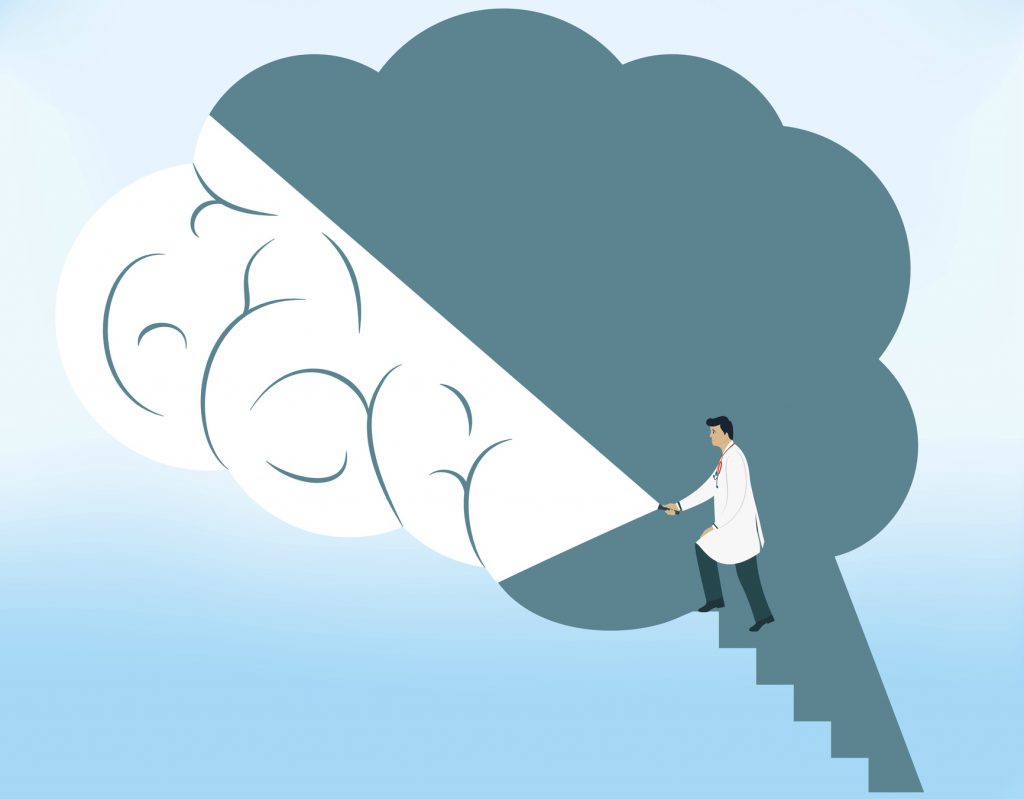 Some of the most fascinating research happens on the edges of disciplines. When materials science overlaps with entomology, a clothing company can make a hat out of spider silk, grown in vats of yeast. When public health and anthropology overlap, one researcher can transform life in a whole refugee camp to improve hygiene, vaccinate dogs to prevent rabies, and clean up garbage in the streets through festive ‘health parades’.

The same goes for psychological science and cancer research. Scientists in those disciplines have collaborated for more than a decade to determine how behavior and mental processes might contribute to cancer development, growth, and recovery. Recently, behavioral scientists from Rice University, the University of Texas MD Anderson Cancer Center, Baylor College of Medicine, and the National Cancer Institute published a review in Current Directions in Psychological Science summarizing the research into behavior, stress, and cancer. They have found that acute stress, the hormones associated with the ‘fight-or-flight response’, and chronic-stress-induced inflammation can all contribute to the onset, progression, and post-treatment outcomes of cancer.

Large population studies have drawn a general correlation between chronic stress and cancer. For example, women in a 2003 study who experienced stressful life events like divorce or a death in the family during a 5-year study period were more likely to develop breast cancer in the next 15 years. But these data don’t identify the mechanisms by which psychological stress contributes to cancer progression.

The most convincing causal data arises from studies on the processes that happen after a tumor has formed. Scientists have linked life history events and social support to cancer progression. Study participants with basal cell carcinoma, a type of skin cancer, that had experienced childhood trauma had weaker immune system responses to a tumor than a matched group that had no trauma. Another group of ovarian cancer patients with elevated depressive symptoms, chronic stress, and low social support had tumors with elevated indicators of tumor aggressiveness compared to those who didn’t report those psychological symptoms.

Daily stress stimulates the autonomic nervous system, responsible for the fight-or-flight response. This cascade of chemical signals and physical behaviors includes elevated heart rate, increased blood pressure, and the release of catecholamines, a chemical family that includes adrenaline in humans.

Cancer cells multiply out of control partly because they evade natural processes of cell death. In studying cancer cells, scientists have found that many tumor cells show a high number of receptors for catecholamines. The same cells with lots of receptors also show resistance to cell death.

Those same cells show a propensity to wander beyond their original tumor, making metastases more likely. Metastases are secondary tumors that can spread to other areas of the body, grow, and cause damage in the new tissues. In mice with breast cancer, stress-induced activation of catecholamine pathways led to 30 times more metastases than unstressed mice.

The fight-or-flight response controls the immune system through the release of glucocorticoids, which include the human hormone cortisol. Cortisol is often used in laboratory experiments as an indicator of stress levels because of this relationship between the fight or flight response and its eventual release. Immune system suppression is one way stress may contribute to cancer growth and spread. A healthy immune system keeps cancer in check by identifying and eliminating abnormal cells from the body, but glucocorticoids may impair their ability to do so. A great number of different cancer types have been associated with abnormal immune responses, and female rats with stress-compromised immune systems developed more breast cancer tumors than a control group.

Another mechanism by which psychological stress may impact cancer progression is through inflammation. Chronic stress sets the stage for inflammation in the body. This has been shown to help tumors build their own blood supply. (Tumors, like all other cells, need blood vessels and nutrients to live and grow. Many tumors develop mutations that promote more blood vessel growth). The same inflammation also makes it more likely that a tumor will extend through neighboring tissue to invade other organs, the lymphatic system, or blood vessels.

In the future, psychological scientists hope to aid in cancer treatment using the knowledge they have gained about the fight-or-flight and stress responses in the body. In particular, they hope that the understanding of immune function will help with cancer immunotherapies, which ‘program’ a patient’s immune system to eliminate cancerous cells.