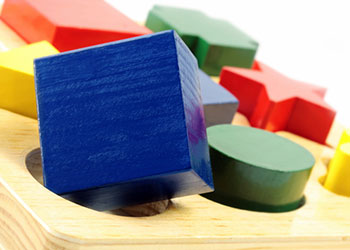 When psychology emerged as a “modern” science near the end of the 19th century, it developed a methodological orientation that was heavily influenced by other natural sciences, such as physics. As the field of psychology matured, however, researchers became interested in a “complex systems view”; one where many different components interact over time to shape development.

In some ways, research design, measurements, and methods of analysis have failed to keep up with this changing view, leading to a mismatch between the methods psychologists use and the problems they study. This mismatch has been especially troublesome for researchers studying individual development in a developmental science theoretical framework, where a person-oriented rather than a variable-oriented approach is often desirable.

In a 2013 article published in the European Journal of Developmental Psychology, Lars Bergman and András Vargha discussed the problem — method mismatch in developmental science. In a developmental science framework, it is the individual who is the primary focus of interest; however, the measurements and statistical analyses used by researchers are often better suited to examining groups.

The authors point out that many of the measurements currently in use were not developed to measure change over time — something developmental psychologists are naturally interested in — nor do they have the precision or reliability necessary to allow for interpretations at the individual rather than the group level.

Similar to the problems seen in measurement choices, statistical analyses — such as correlational analysis — often used in developmental science are better suited for examining interindividual development, and, in most cases, cannot be used to make interpretations about intraindividual development.

Bergman and Vargha suggest that researchers give more consideration to their methods, measures, and analyses to ensure they fit into a developmental science framework and are suitable for the study of individual development. Although researchers have been aware of the problem of methods mismatch in developmental psychology for some time, this article serves as a reminder to researchers to consider whether their research designs match — or mismatch — the problem being investigated and the goals of the field at large.

Publications > Observer > Observations > The Right Methods for the Right Questions