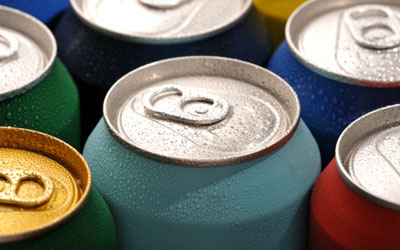 It’s not just alcohol that makes us drunk — our thoughts about what we’re drinking can also influence our level of intoxication. That’s what Shepard Siegel of McMaster University concludes in a recent issue of Perspectives on Psychological Science.

Siegel focuses on Four Loko, the fruity alcoholic beverage that was once caffeinated — until the addition of caffeine to alcoholic beverages was banned by the FDA. Four Loko has been linked to a spike in alcohol-related hospitalizations on college campuses, but Siegel argues that caffeine was not responsible for the beverage’s dangerous effects.

Instead, Siegel points to “situational specificity of tolerance,” a phenomenon that causes alcohol to have a greater effect when paired with unusual cues. Because we associate alcohol with the flavors of beer and wine, our bodies are used to regulating alcohol that tastes like beer and wine. Four Loko has a fruity taste that we don’t associate with alcohol; therefore, when we drink it, our bodies don’t make preparatory responses to lessen the drug’s effect.

Four Loko and its intoxicating effects are drawing increased scrutiny as students head back to college campuses this fall. For more information, read Wray Herbert’s blog on Four Loko and Jason Goldman’s post Four Loko Is Just Like The Copenhagen Philharmonic on the Scientific American blog, The Thoughtful Animal.

I’m having trouble buying that situational specificity of tolerance explains 100% of the variance in alcohol drinking behaviors. There’s a lot of literature to support that alcoholic drinks mixed with energy beverages can be very dangerous. Interesting study though.