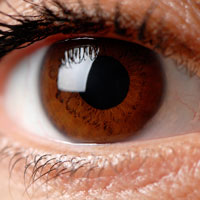 When someone loves you or is lying to you, you might be able to see it in their eyes—or at least their pupils.

“Pupillometry” — which uses pupil-diameter measurements for psychological research — recently turned 50 years old. Measuring pupil diameter allows scientists to approximate the intensity of mental activity as well as potential changes in mental state. The technique is also a promising tool for studying subjects that can’t speak, such as infants, patients with neurological damage, and even animals.

The January 2012 issue of Perspectives on Psychological Science features commentary by Bruno Laeng and colleagues on the history, promise, and current state of pupillometry research. The authors underscore the recent discovery of a close link between pupil dilation and activity in the locus coeruleus — “the ‘hub’ of the noradrenergic system,” which has important roles in memory and emotional responses. This new insight into the significance of pupil size has enhanced the utility of pupillometry.

This tutorial walks through the process of selecting sample sizes in intensive longitudinal research.