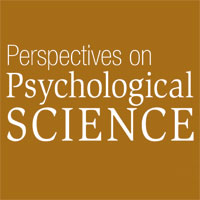 APS is pleased to announce the launch of a new Registered Replication Report project, a multi-lab direct replication of a variant of Study 4 from:

Dijksterhuis, A., & van Knippenberg, A. (1998). The relation between perception and behavior, or how to win a game of Trivial Pursuit. Journal of Personality and Social Psychology, 74, 865–877.

Registered Replication Reports combine the results of multiple, independent, direct replications of a single original study, with all participating laboratories conducting their study following the same vetted protocol. The results of all studies (regardless of outcome) are combined meta-analytically, with the goal of providing a robust, bias-free estimate of the size and variability of the effect.

Several years ago, following an extensive discussion of priming research online, Ap Dijksterhuis offered to help develop an RRR for his “Professor Priming” study. He and his colleagues originally found that people primed to think about being a professor scored higher on a trivia test than did those primed to think of themselves as a hooligan. Given that the original study was published nearly 20 years ago, Dijksterhuis re-ran the study twice to ensure the accuracy of the protocol and to verify the original results. The protocol for this RRR is based on those newer, unpublished studies that themselves are based on Experiment 4 from the 1998 article. In these updated versions, he reported a gender difference in the effect of priming, so the RRR will include tests of whether gender moderates the result.

The approved protocol for this RRR was developed by Leif Nelson and Michael O’Donnell (University of California, Berkeley), the lead authors for this project. Dijksterhuis provided his materials and the protocol from his recent replication studies, and he reviewed the RRR protocol to help verify the accuracy of the study design. For the RRR studies, a set of trivia items were normed to ensure that they were culturally neutral and appropriately difficult.

To learn more about the project, visit the project OSF page: https://osf.io/k27hm/. There you can review the full protocol and see all of the materials. If, after reading these materials, you would like to participate in the RRR, you can visit the How to Participate section of the site which includes a brief application and a guide on how to submit it.

The deadline to submit an application to join this RRR is Friday September 9. Participants will be asked to complete data collection on all studies by March 10, 2017. Note that we will review applications as they are submitted, and once we have a sufficient number of contributing laboratories, we will close the submission process to new applications, even if that happens before the deadline.

If you have any questions about this RRR or the RRR process in general, you can email the RRR editors at replicationreports@gmail.com.