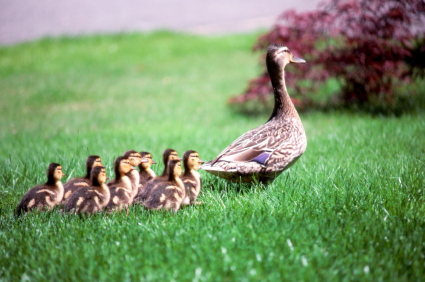 When people change their opinions to conform to social norms, the parts of their brains associated with rewards are engaged, giving us added incentive to fit in.

Have you caught yourself conforming to your friends’ opinions? A new study published in Psychological Science found conformity to social norms happens even in our brains! When people change their opinions to conform to social norms, the parts of their brains associated with rewards are engaged, giving us added incentive to fit in.

Psychological scientists at Harvard University asked male volunteers to rate the attractiveness of 180 digitized female Facebook photos on a scale from 1 to 7. They were then told that many other men had also rated the same photos—some of those “peer” ratings were higher than the participant’s, some were lower, and some were the same. About a half-hour later, the volunteers rated each of the 180 faces again—this time without the peer ratings. While they did so, their brains were scanned by MRI machines.

Not surprisingly, the men were influenced by others’ opinions and changed their rating to conform to those of their peers More importantly, brain scans showed that the nucleus accumbens and orbitofronral cortex, two brain regions associated with coding subjective value, were activated. While the men were reassessing those women more favorably, the men’s brains revealed significantly greater response in those two critical reward-related regions. When their opinions cooled, so did the brain responses.

Even in our brains, “other people’s opinions leak into our own,” says coauthor Jamil Zaki. The findings suggest that social norms may change the neural representation of value that the brain had originally assigned to the stimuli. Conformity may be more deeply engrained in us than we thought.

Publications > Observer > Observations > Is That What You Think? My Brain Agrees