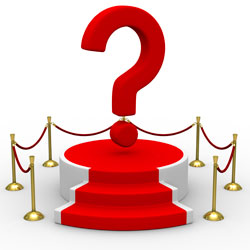 Research studying the effects of agentic behavior on women has focused almost exclusively on White women, with few studies examining the effect on Black females. A recent study by Livingston, Rosette, and Washington aims to fill this gap in the literature. The scientists found that Black women get social approval for being assertive and aggressive leaders. But the researchers suggest that Black women may face additional barriers to advancement, and that more research is needed to better understand the complex interaction of gender, race, and the workplace.

Articles from APS journals related to this finding:

Research on Gender Roles on the Job

Seeking Congruity Between Goals and Roles: A New Look at Why Women Opt Out of Science, Technology, Engineering, and Mathematics Careers (Psychological Science, 2010)

Women may opt out of STEM careers because STEM careers are perceived as less likely to fulfill communal goals.

Opting Out or Denying Discrimination? How the Framework of Free Choice in American Society Influences Perceptions of Gender Inequality  (Psychological Science, 2001)

It’s possible that workplace (and societal) barriers for women are hidden by the American assumption that actions are a product of choice; the assumption implies the existence of an equal-opportunity workplace in which behavior is free from contextual influence.

Science on Ethnicity and Perceptions

Scientists constructed arbitrary, novel, and mixed-race groups to clarify the role of the neural substrates involved in perceptual and affective in-group biases.

Status and the Evaluation of Workplace Deviance (Psychological Science, 2009)

A set of studies showed that, in the workplace, high status decreased rule observance and increased preferences for social hierarchy. Higher-status evaluators were more discriminating in their evaluations of workplace misbehavior, evaluating fellow higher-status deviants more leniently than lower-status deviants. This was true of both high achieved status and high ascribed status (i.e., race and gender).

Enhancing the Effectiveness of Work Groups and Teams, (Psychological Science in the Public Interest, 2006)

Teams effect our life and are important for well-being. The authors aim to sift through the voluminous literature on teams to identify what we know about teams, what we think we know, and what we need to know in order to make groups and teams more effective.

Publications > Observer > Observations > Gender Roles in the Workplace — Who Wins Praise for Assertiveness?