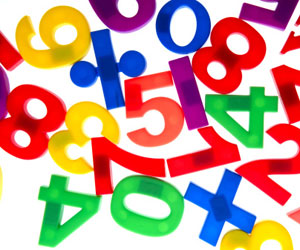 Children are born with an innate number sense — the ability to discriminate quickly between different amounts or numbers of objects, even without counting. And research has shown that children who have a more acute number sense — or Approximate Number System (ANS) — are also better at mathematics.

In a new article published in Psychological Science, researcher Manuela Piazza of the Cognitive Neuroimaging Unit at INSERM in France and colleagues sought to understand whether improvements in ANS ability come naturally with age or whether they are the result of formal education.

The researchers tested 38 subjects from an indigenous Mundurucú population in Brazil. Mundurucú culture has very few words for numbers, and no symbolic system for numbers or arithmetic. The participants ranged from 4 to 63 years old; some of them had schooling, while others had never been in a classroom.

The participants were asked to look briefly at two images and make a quick decision about which image had more objects — a classic test of ANS.

The researchers found that, for the participants with no education, adults were no better on the task than the 6 year-olds. This indicates that maturation alone doesn’t increase accuracy on the task.

Educated participants, on the other hand, showed significant differences in accuracy with age. This was especially true for participants who had received education in mathematical symbols and arithmetic.

These results suggest that mathematics instruction improves both symbolic and non-symbolic numerical thinking.

Publications > Observer > Observations > Does Our Innate Ability to Estimate Numbers Benefit From Education?

Beliefs about how animals should be treated are likely socially acquired. More