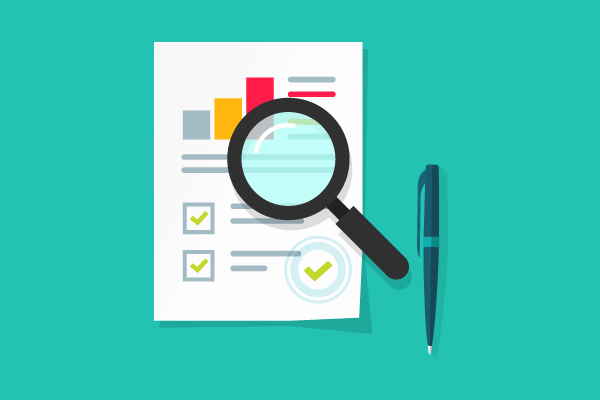 Since the policy’s introduction in 2017, the National Institutes of Health’s (NIH) decision to reclassify basic experimental studies with humans as clinical trials has remained controversial. While NIH positioned this change as part of a larger effort to increase registering and reporting of federally funded research studies, the Association for Psychological Science—among numerous other scientific and academic organizations, and thousands of individual scientists—was vocal in opposing the policy change as the best way of achieving that goal.

Advocacy on the part of APS and others ultimately spurred U.S. Congress to direct NIH to delay enforcement of certain policies until it had adequately consulted the research community on the consequences of necessarily classifying behavioral studies with humans as clinical trials. In this interim period, researchers have continued to voice their concerns on this issue, speaking out on the classification of basic studies with humans as clinical trials.

One result of NIH’s policy change is that basic research involving humans will need to be registered and reported on ClinicalTrials.gov, an NIH “resource that provides patients, their family members, health care professionals, researchers, and the public with easy access to information on publicly and privately supported clinical studies on a wide range of diseases and conditions,” beginning in September 2021. NIH staff from the Office of Behavioral and Social Sciences Research (OBSSR) and the National Library of Medicine (NLM), which oversees ClinicalTrials.gov, have been working to understand the challenges in registering and reporting basic research with humans on ClinicalTrials.gov so that this transition can occur successfully. William Riley, director of OBSSR; Rebecca Williams, NLM acting director of ClinicalTrials.gov; and Elisa Golfinopoulos, NLM results team manager of ClinicalTrials.gov; provided an overview of their work, as well as their views on increased registration and reporting, during a free APS-hosted webinar on August 26th.

Around 39% of observational studies are never published, began Riley, with 2.4% of NIH grants having no publications associated with them after 60 months.

“There’s a clear problem that we have to address in terms of getting results out in a timely manner,” he said, and registering and reporting behavioral research with humans in addition to traditional clinical trials may help uphold this commitment to research participants and taxpayers while increasing research transparency and reducing publication bias.

That said, Williams recognized that the ClinicalTrials.gov model of reporting makes a number of assumptions that may not be a good fit for some basic research with humans. Researchers conducting clinical trials are currently required to register their study design and primary outcome measures before initiating their study, and to report results in a tabular format using aggregated, summary level data that cannot be linked to individual participants without the use of figures, images, or narrative text.

But while this may be a good fit for clinical trials that are more observational, applied, and confirmatory in nature, basic research with humans on the more interventional, basic, and exploratory side of the research spectrum may not lend itself to this style of registration and reporting, a difference that the ClinicalTrials.gov system needs to adapt to accommodate, Williams said.

“When it switches from basic to applied is the grey area that we’re all sort of grappling with,” she added.

Through an extended analysis of 12 case studies, the NLM identified a number of challenges.

Basic research with humans is more likely to be iterative, involving multiple interrelated experiments rather than a single study with one clear beginning and end, said Golfinopoulos. Additionally, researchers conducting this type of research with the aim of developing measures that may be used to form a future model may not be able to report their findings in an existing primary outcome measure, while others kinds of work may only generate results at the individual level, or results that can only be meaningfully communicated using images (e.g., brain scans) or qualitative descriptions that cannot be translated into a tabular format.

One of these case studies, in which a single principal investigator worked with 69 associates over a period of 26 years to conduct 66 iterative sub-experiments on neuroimaging that resulted in 190 outcome measures and over 25 publications, demonstrates the level of complexity any one behavioral study might have, said Golfinopoulos, raising questions about when the registration of such studies should occur and at what time point results should be reported.

Researchers also expressed a strong preference to NLM for leveraging existing documents such as NIH grant applications in clinical trials registration and reporting in order to limit the administration burden of this process, an opportunity NIH may pursue in the future, said Williams and Riley.

“Our research and this analysis has really given us the opportunity to have much greater insights into the reasons that people will face challenges, and the things that would have to be addressed in our next steps,” Williams said.

While APS remains opposed to NIH’s expanded definition of clinical trials, in part because of the challenges with registering and reporting basic research with humans on ClinicalTrials.gov described in the webinar, the psychological science community’s leadership in registering and research reporting broadly leaves no doubt that it takes its scientific stewardship responsibilities seriously. The best way to achieve this, however, remains a point of disagreement.

“The bottom line is that we’re all on the same page about the importance of transparency and honesty in the scientific process,” said APS director of government relations Andy DeSoto, who introduced the event. “We’re really focused on conducting the best possible scientific research.”

Watch a YouTube recording of the webinar, or view the slides from the presentation.