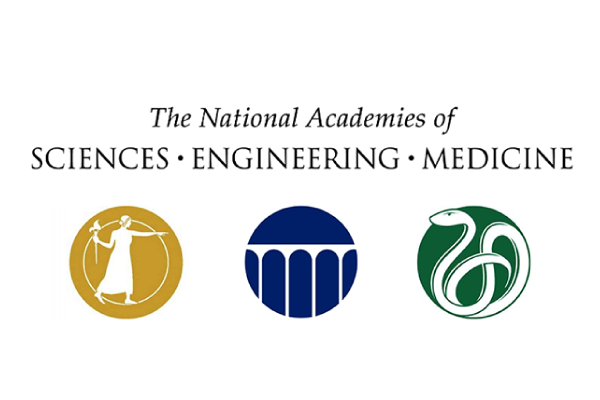 On June 24, 2020, the National Academies of Sciences, Engineering, and Medicine held a webinar colloquium that brought prominent researchers in the fields of psychological science, neuroscience, and cognitive science together to discuss how their research can help shape the future of national security. Academic discussion during the colloquium was supplemented by insights from members of the US defense and intelligence communities.

The colloquium, coordinated by the Office of the Director of National Intelligence and the Academies’ Intelligence Community Studies Board, reviewed how the psychological science and other fields can help inform strategies and generate new capabilities in the pursuit of enhancing national security. Among the psychological scientists who spoke during the colloquium were Tom Griffiths (Princeton University), who studies consciousness and culture in the Departments of Psychology and Computer Science, Polly O’Rourke (University of Maryland), who studies cognitive performance and leads the University of Maryland’s performer team in the DARPA-funded neural plasticity program; and C. Shawn Green (University of Wisconsin-Madison), who studies perceptual and cognitive skills.

In his presentation, Griffiths discussed his exploration of the connection between human and machine learning, explaining how artificial intelligence will play an increasingly important role in generating models for predicting and better understanding human behavior. As researchers around the world have continued to develop AI and machine learning platforms, Griffiths noted, the ability for such systems to predict and understand human behavior has surpassed psychologists’ ability to do so. According to Griffith, this is because machine learning systems can utilize far larger datasets than psychological scientists can in developing models of human behavior. Although machine learning systems will continue to play a massive role in developing our knowledge of human behavior for the purposes of national security, Griffith explains that psychological science will still play an important role in developing such systems with the principles of psychology in mind.

O’Rourke discussed her research on noninvasive peripheral nerve stimulation, and how this can mediate the vagus nerve’s shifts between parasympathetic and sympathetic control. The vagus nerve has a key role in the brain-heart circuit, she noted; because of the brain-heart circuit, the heart plays a critical role in influencing decision making. Additionally, heart rate variability can provide valuable insight into an individual’s mental state, helping civilian employers and military commanders to identify individuals’ capabilities. Through her research, O’Rourke and her team have developed a minimally invasive method for increasing heart rate variability through peripheral stimulation of the vagus nerve. This method of peripheral stimulation was shown to increase word recognition and learning in a double-blind study. O’Rourke’s work will continue to advance the application and understanding of methods which target the vagus to mediate heart rate variability and influence cognitive performance.

Continuing the discussion of how behavioral science can produce applications that influence cognition, Green discussed his studies into utilizing modern forms of media to assess how experiences influence perceptual and cognitive skills. Green made it immediately clear that the “curse of specificity” prevents any single training exercise from being broadly helpful in increasing cognition. Green’s research is primarily focused on how video games can help train brains to enhance specific aspects of cognition. This research indicates that video games can be helpful tools for behavioral training as they stimulate adults’ nonplastic brains, which makes them more receptive to learning. However, due to the curse of specificity, no single video game can provide broad behavioral training to increase general cognition. Instead, specific games can be used to provide training that influences specific cognitive changes. With continued research, there is potential for games to play a role in behaviorally training members of the military and intelligence communities.

You can watch “The Future of Neuroscience in National Security” by clicking here.

In an open letter to the co-chairs of the U.S. COVID-19 Advisory Board, APS President Shinobu Kitayama calls for the inclusion of psychological science expertise. More

APS is pleased to announce an award recognizing and encouraging integrative research in the area of psychological science and entrepreneurship. More