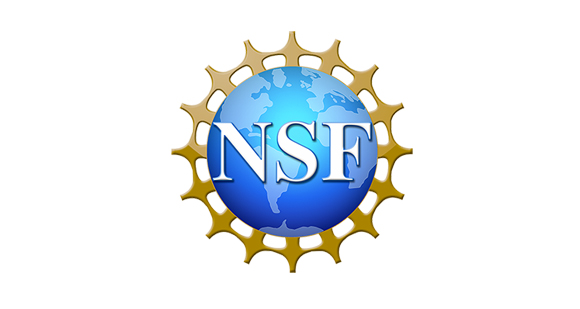 The National Science Foundation’s Directorate for Social, Behavioral, and Economic Sciences (SBE) is one of the largest funders of basic psychological science research in colleges and universities in the United States. Psychological science is well-represented on SBE’s Advisory Committee, which provides recommendations and oversight on scientific priorities to the Directorate. The Committee, which includes APS Past Board Member Jennifer Richeson, APS William James Fellow Linda B. Smith, and APS Fellows Nilanjana Dasgupta and John Gabrieli, met this week at NSF’s new headquarters in Alexandria, Virginia.

To start off the May 10th morning session, NSF Assistant Director for SBE Fay Lomax Cook provided an overview of Directorate news, budget, and other updates, drawing special attention to APS Fellow Kristina Olson’s recent receipt of the Alan T. Waterman Award, NSF’s top honor for early-career scientists. Cook noted that SBE was especially proud of Olson—nominated by APS—who is the first psychological scientist to win the award since its inception in 1975.

Dasgupta presented an overview of a recent workshop on implicit bias hosted at NSF. Psychological scientists and other researchers participating in the workshop discussed current theories of implicit bias, methods and measures, and critiques of research. Richeson added that workshop participants agreed that the evidence of implicit bias was indisputable, but that they also believed that many more questions remain regarding the effects of bias and how it can be prevented. While the written results of this workshop remain internal to NSF, workshop organizers discussed plans to potentially disseminate conclusions in the future.

Both Dasgupta and Richeson’s science will be on display at the 30th APS Annual Convention coming up in San Francisco. Richeson will give the Bring the Family Address, titled “The Paradox of Diversity: Promise, Pitfalls, and Implications for Racial Progress.” Dasgupta will deliver an invited address titled, “STEMing the Tide: How Female Experts and Peers Act as ‘Social Vaccines’ to Protect Young Women’s Self-Concept in STEM.” Click here to learn more about the upcoming Convention.

The Advisory Committee also was briefed by staff from the National Academy of Sciences, Engineering, and Medicine regarding an ongoing study of reproducibility and replicability in science. This study, which began in 2017 and is funded by NSF, is exploring the current status of these issues in basic research across all of science. APS Board Member Simine Vazire, APS William James Fellow Timothy Wilson, and APS Fellow Wendy Wood are on the 15-member committee undertaking the study, along with experts from a range of scientific disciplines. Members of the Advisory Committee noted that replication and reproducibility are issues affecting all areas of science and that psychological science should be commended for taking the early lead in shedding light on the problem and adopting open practices designed to strengthen reproducibility.

To learn more about the SBE Directorate and how to get NSF support for your work, attend “Funding at the National Science Foundation: Increasing Your Chances of Success,” a special presentation by APS Fellow Betty Tuller, Director of NSF’s Perception, Action, & Cognition Program, at APS in San Francisco.

The goal of the fellowship is to provide advanced training and experience to early-career scientists, broaden participation of underrepresented groups in science, prepare doctoral level scientists for future careers, and assist new scientists in directing research efforts across disciplinary lines and national boundaries.