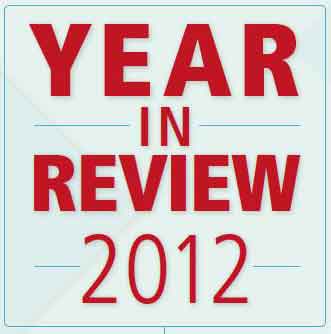 2012 was a great year for psychological science. In May, more than 4,000 researchers from around the globe gathered in Chicago to make the 24th APS Annual Convention the biggest ever. In September, Clinical Psychological Science — APS’s newest journal — published its first article online. APS’s established journals are thriving, too, and many studies and Members have been the subject of considerable media coverage this year. But to make sure that psychological research is not only interesting to the public but also accountable to science, APS has led the way in encouraging funding agencies and leading researchers to support transparency and replication.

APS also continued its efforts to “give psychological science away.” More than 2,000 people have signed up to participate in the APS Wikipedia Initiative, including many university students, who are writing and editing Wikipedia articles as part of their coursework. APS’s Twitter and Facebook followings are at an all-time high, and writer-in-residence Wray Herbert continues to share psychological science with a wide audience through his popular blogs, “We’re Only Human” and “Full Frontal Psychology.”

It would be impossible to acknowledge all the progress that APS Members made this year, but we hope that you enjoy this review of psychological science in 2012.

One of the ways that APS promotes psychological science, and the association’s journals, is through its blogs. Wray Herbert, writer-in-residence, launched the “We’re Only Human” blog in early 2006 and later added the “Full Frontal Psychology” blog. The idea was to attract readers to the APS website and improve the public understanding of psychological science, and to that end, each of these blogs has also been published on popular media websites to reach broader audiences. More>>

During 2012, advances in psychological science made the news — a lot. From research on foreign languages and time perception to facial expressions and awe, dozens of media outlets in the US and around the globe reported on studies published in APS journals. Read up on some of the media coverage of four Psychological Science studies from the past year. More>>

With more than 4,000 attendees, this year’s convention was our biggest ever. Even Albert Bandura’s famous Bobo doll made an appearance at the 24th APS Annual Convention in Chicago, where scientists shared their research, networked, and jammed out at a special concert. More>>

No year, however successful, is without grief. Let us pause to remember lost colleagues. Here, in brief, are some of the greatest among greats including George A. Miller, Ulric Neisser, R. Duncan Luce, Edward E. Smith, Robert Glaser, Herbert L. Pick, Jr., and Alice M. Isen. Although their passing diminishes our science, their lives enriched it far more. Please look for full remembrances in the Observer. More>>