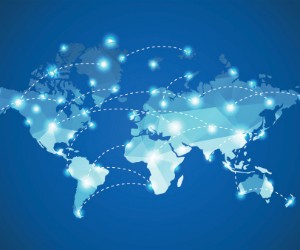 Established in 1944, the World Bank Group employs more than 10,000 employees in more than 120 offices worldwide. The goals of the group are to end extreme poverty worldwide through work with international governments and financial institutions.

“Development policy is due for a redesign based on a more realistic understanding of how people think and behave,” the World Bank announced on its website.

A new team made up of a diverse group of social scientists representing fields from economics to anthropology—and of course psychology—will be known as the Global Insights Initiative (GINI). The team will “incorporate behavioral and social insights into project design, evaluate the impact of interventions inspired by those insights, and mainstream behavioral economics, social psychology, and related fields into the work of the World Bank Group.”

During opening remarks from the announcement, Senior Vice President and Chief Economist at the World Bank, Kaushik Basu, enthusiastically explained how empirical practices from psychological science are essential tools for effectively addressing the world’s most pressing international challenges.

“These techniques of [using] human psychology, were being used by the marketing divisions of large private companies. They were being used extensively,” he said. “Why should this kind of knowledge not used by people working in the arena of development. That was the original argument, and that is what led us to the report, and that is what has led us to setting this up.”

Duke University psychological scientist Dan Ariely gave several examples from his own research, illustrating just how important it is to use empirical research techniques to understand human behavior and decision-making.

Despite what economic theory may dictate, people’s economic decisions are often surprisingly difficult to anticipate, Ariely said. For example, even a small bribe can take a dramatic toll on an individual’s moral behavior, he noted. In a lab experiment, participants who received a small bribe went on to cheat and steal across several tasks. That finding could have major consequences for understanding the social norms that lead to widespread government corruption, he said.

“The big lesson for me, as someone who runs experiments, is how frequently I’m wrong,” Ariely explained. “This humility I think is actually quite important, maybe particularly important for economists, because as you find out how wrong you are you do develop an appetite for experimentation.”

Psychological scientist Nina Mažar of the University of Toronto is a member of the new GINI team. In her research she studies moral decision-making and its implications for policy. Mažar has worked with Ariely along with APS Fellow Max Bazerman (Harvard University) and Francesca Gino (Harvard University), on simple interventions designed to prevent cheating. This research inspired one initiative undertaken by the new White House Social and Behavioral Sciences Team (SBST).

Compliance with COVID-19 Social-Distancing Measures in Italy: The Role of Expectations and Duration
IZA Institute of Labor Economics