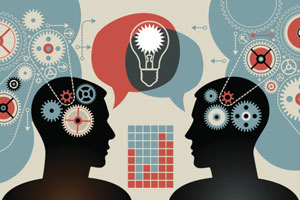 According to a statement released by the White House, scientific breakthroughs in the last decade — including optogenetic research techniques and high-resolution brain imaging — mean the time is ripe for technologies capable of producing even more complex images of brain cells and neural circuitry. The goal is to develop tools that will permit scientists to “explore how the brain records, processes, uses, stores, and retrieves vast quantities of information” in real time. Expanding scientists’ understanding of the relationship between the brain and behavior is also a priority under the initiative.

The BRAIN Initiative will involve the National Institutes of Health, the Defense Advanced Research Projects Agency, and the National Science Foundation, as well as universities, companies, foundations, and private institutions. The project is meant to stimulate not only the fields of science and technology, but also the overall economy, which in the past has benefited from large-scale scientific investments, such as the Human Genome Project and the Space Program.