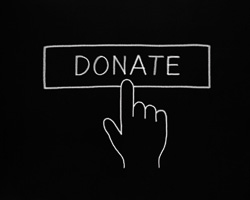 Exceptionally altruistic acts — such as donating a kidney to a stranger — are more common in areas where people report higher levels of well-being, according to a study led by Georgetown University researchers.

Kristin Brethel-Haurwitz, Abigail Marsh, and their colleagues found that the rates at which people say they’re willing to donate and the actual rates of donation differ sizably, and speculate that some people’s high level of well-being may help “nudge” them into actually donating.

Brethel-Haurwitz, Marsh, and the other researchers argue that donating a kidney to a stranger is a uniquely altruistic act, in which the donor receives no tangible benefits for undergoing tremendous pain and stress. The researchers examined data about kidney donations from the Organ Procurement and Transplantation Network and data about well-being from the Gallup-Healthways Well-Being Index. In examining the two sets of data on a state level, they found a positive correlation between altruistic acts and high levels of well-being. The findings remained true across nine larger geographic locations as well as when the researchers examined all the data for just 1 year.

Interestingly, the scientists found that potentially mitigating factors, such as household income, age, education, and mental and physical health, did not seem to account for the link. Furthermore, cultural factors including regional levels of religiosity or collectivist attitudes also were not responsible for the connection, the researchers concluded.