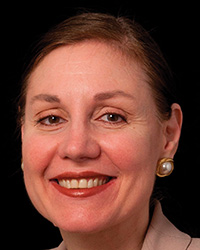 A high-quality journal of juried review articles on issues of broad social importance is needed now more than ever. Psychological science is directly relevant to the most pressing social, economic, and health problems of our day, yet is vastly underutilized. To be sure, PSPI has increased the uptake of behavioral research in policy and practice, but so much more potential exists. Building on the success of prior editors, I want to propel the scientific and practical influence of behavioral research forward.

This journal should influence — and be influenced by — the latest scientific theories as well as speak to the mysteries of human conflict, motivation, achievement, learning, feelings, disorders, and decision making.

Why theory? We need evidence-based theory in order to understand how to apply what we learn about human behavior. Theory explains and predicts behavior, so that it is possible to know what the “active ingredient” is when interventions change behavior. Theory also explains and predicts who will benefit from specific practices and policies. Therefore, I will emphasize causal mechanisms when appropriate, with a view to understanding how to generalize results of research to policy and practice. There is no reason why PSPI cannot be a cutting-edge theoretical and translational journal, and its audience should encompass scientists, practitioners, and policy makers.

Another important role of PSPI is to reconcile different viewpoints from researchers across disciplines. Scholarship means taking account of all of the relevant prior evidence, not just evidence produced by those with similar worldviews. Psychology as a cumulative science, in which current work builds on prior findings and ideas, is crucial for scientific and social progress. I have had the opportunity to interact with scholars from many different disciplines, and I will draw on those experiences to build bridges between psychology and other disciplines.

PSPI connects members of the Association for Psychological Science (APS) to members of the public — including policy makers. It should also serve as the go-to source for behavioral scientists from different disciplines because it provides the most rigorous evidence and the most exciting ideas about the most important issues.

Valerie Reyna can be contacted at ReynaPSPI@cornell.edu.

Incoming PSPI Editor Valerie F. Reyna is a professor of human development at Cornell University, where she is also director of the Human Neuroscience Institute, codirector of the Cornell University Magnetic Resonance Imaging Facility, and codirector of the Center for Behavioral Economics and Decision Research. Her research integrates brain and behavioral approaches to understand and improve judgment, decision making, and memory across the lifespan. Her recent work has focused on the neuroscience of risky decision making and its implications for health and well-being, especially in adolescents; applications of cognitive models and artificial intelligence for improving understanding of genetics (e.g., in breast cancer); and medical and legal decision making (e.g., about jury awards, medication decisions, and adolescent culpability).

Reyna helped create a new research agency in the US Department of Education, where she oversaw grant policies and programs. Her service also has included leadership positions in organizations dedicated to creating equal opportunities for minorities and women, and on national executive and advisory boards of centers and grants with similar goals, such as the Arizona Hispanic Center of Excellence, National Center of Excellence in Women’s Health, and Women in Cognitive Science.