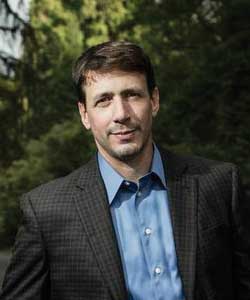 In 2012, dozens of psychologists banded together to create Noba, a platform for open psychology resources. When I joined Noba as senior editor, I thought the benefits of open resources would be both obvious and attractive to instructors everywhere. Instead, we were met with resistance. We encountered skepticism about quality and raised eyebrows about the cost, although all the resources are free. I realized that instructors generally did not understand the concept of “open” that well.

For this reason, I applied for and received a grant from the APS Fund for Teaching and Public Understanding of Psychological Science to edit, alongside Rajiv Jhangiani, a volume about open resources and how they are reshaping every corner of psychology. We brought together the voices of 32 contributors from 28 institutions. The topics they discussed include the history of the open movement, an explanation of the Creative Commons license that governs open resources, and chapters on the use of open science, open journals, open textbooks, and open pedagogy in psychology classrooms.

Open resources are appealing to me in part because they addresses economic inequality by reducing the costs of education. Unfortunately, a college education is out of reach for most people. A 2017 report reveals that 20% of community college students are “food insecure,” and 14% have experienced homelessness. Although 40% of students work 30 hours a week, they also spend $1,200 dollars per year on textbooks. A 2011 PIRG study revealed that 70% of students decided against buying at least one book because of its cost. Reduced costs may mean more students availing themselves of more resources, less pressure to juggle work and school, and increased graduation rates.

Completing college is profoundly important: College graduates enjoy better health, live longer, and are more likely to vote, volunteer, and donate to charity (Trostel, 2015).  Instructors can play a social justice role by “opening” their courses and removing financial obstacles to learning for students of all backgrounds.

This idea was the impetus behind making our APS grant-funded book freely available. The results speak for themselves: It has been downloaded 4,500 times in the last 8 months. Feel free to read, share, or revise it yourself.

Robert Biswas-Diener is a subjective well-being researcher who works with groups who are traditionally overlooked by researchers such as tribal people, the Amish, and sex workers. He is senior editor of Noba, an open publisher that saves psychology students 3.5 million dollars a year.

APS President Shinobu Kitayama explores the benefits and ideals of the open-access model, the two main prototypes of open-access journals, and the very real costs and other challenges associated with producing them.