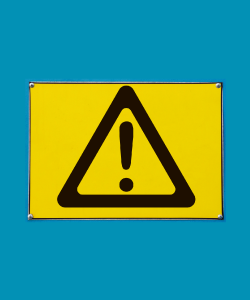 Trigger warnings that alert people to potentially sensitive content are increasingly popular, especially on college campuses, but research suggests that they have minimal impact on how people actually respond to content. The findings are published in Clinical Psychological Science.

Some participants — a combination of college students and online participants — read a message about the content they were about to see, for example: “TRIGGER WARNING: The following video may contain graphic footage of a fatal car crash. You might find this content disturbing.” Others did not read a warning. All participants were then exposed to the content.

Afterward, the participants reported various symptoms of distress — their negative emotional state, and the degree to which they experienced intrusive thoughts and tried to avoid thinking about the content.

You can read more about this research in news outlets such as The New York Times, The Atlantic, The Independent, and Inside Higher Ed.

What ‘Service With a Smile’ Means for Employee Well-Being

Expecting employees to take a one-size-fits-all approach to emotional labor can quickly lead to burnout without the right support systems in place. More