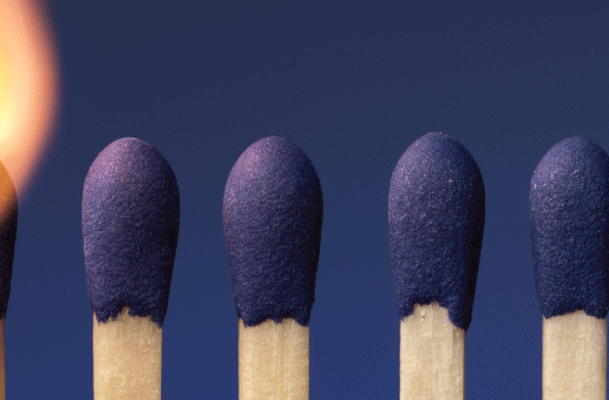 All around the globe, governments struggle with how to convince their citizens to engage in behaviors that will benefit their health and the environment. But whether it’s joining a gym or addressing climate change, changing their minds and behaviors is one of the great challenges of psychological science.

Yet many of the world’s most adept behavior change practitioners work far afield from a lab: Advertisers and marketers have achieved enormous success harnessing behavioral science findings to change minds en masse.

“Marketing has always stolen so many things from psychology,” says Tom Beckman, the global head of creative at Prime Public Relations based in Sweden. Beckman believes that researchers need to embrace the experience of a vuja de — the opposite of a déjà vu.

“A vuja de moment is when you walk into a situation you’ve been in a thousand times and suddenly you see something new,” he says.

This article features findings presented last spring at an Integrative Science Symposium addressing the science of behavior change at the International Convention of Psychological Science in Paris. Practitioners from various professional backgrounds addressed the challenges of behavior change, from the underlying neural mechanisms involved in changes of mind to the design of national scale interventions. The next International Convention of Psychological Science will be held in Brussels, Belgium, March 25–27, 2021. Learn more at psychologicalscience.org/conventions/icps.

Beckman counsels researchers and scientists to think beyond the simplest, most obvious solutions for changing minds. Instead, marketers try to understand what people will actually notice — what will stick with them — and this means paying attention to the cultural context, the zeitgeist of the moment. For example, Beckman explains how James Bond films must appeal to audiences all over the world; hundreds of millions of people have to buy movie tickets for the studio to make a healthy profit. Notice how the threats that Bond film villains have presented shifted over the decades to match the global anxieties of the time, from 1960s-era fears about nuclear bombs to the threat of climate change addressed in Quantum of Solace (2008).

The most important lesson marketing can offer behavior-change researchers, according to Beckman, is the concept of mutual value. Just as an apple has to be tasty to encourage animals and people to eat the fruit and spread the seeds, successful behavior-change projects have to offer something of value to the target population.

“It has to be attractive,” he says. “It has to be just like the apple; it has to be shiny, juicy, nutritious, in order for it to work. And that goes for you, too.”

Stories can be used as a highly effective strategy for increasing people’s interest and attention in a message, while decreasing their resistance to behavior change. Providing people with a good story also provides them with a meaning system and model for the right behaviors, according to Enny Das of Radboud University Nijmegen in the Netherlands. And stories are just fun, which can increase our attention and sidestep our resistance.

“We don’t like it when other people tell us how we should behave, even if we give them good advice, like you should stop smoking or exercise more,” Das says. “There are so many different creative strategies to say no to things that are good for you. However, we find it very, very difficult to resist a story.”

For example, Das just completed a longitudinal study in which stories were used to persuade children into long-term improvements in brushing their teeth. However, stories don’t always have to be happy and fun to convince us to change our minds. There has been a recent surge in interest on eudaimonic narratives — stories that evoke mixed emotions and deeper, more reflective feelings. Conflict and pain are essential components to any good story, and even tragic stories that focus on death or fear show promise as tools for shifting people’s mindsets. Recently, Das has been integrating terror management theory — a model of the psychological defenses humans have developed in response to our awareness of death — into her research on how eudaimonic narratives from dramatic films influence our mindsets around death.

Using a series of perceptual psychophysics tasks, Stephen Fleming’s lab has been investigating the specific mechanisms that underpin how we change our minds at the cognitive and neural levels.

“You might vote in an election and then, later on, you might realize that wasn’t such a good idea,” explains Fleming, cognitive neuroscientist at the Wellcome Centre for Human Neuroimaging, University College London. “You might get new evidence about those political parties and decide eventually to change your mind.”

In a series of experiments, Fleming’s lab had participants make decisions about the movement of groups of dots, providing a minimal model for thinking about changes of mind. Participants rated their confidence in their choices and were incentivized to give accurate ratings of their confidence. Whether participants changed their minds — and improved their accuracy according to the available evidence — largely depended on their initial confidence in their choices. Greater initial confidence led to fewer changes of mind, suggesting that confidence modulates the integration of the new postdecision evidence that people are receiving.

A series of neuroimaging studies pinpointed specific brain areas, the posterior medial frontal cortex and the anterior prefrontal cortex, that seem to be involved in simple changes of mind.

Additional evidence suggests that these low-level perceptual decisions can also be useful for predicting real-world behaviors. In a large online study, participants responded to both perceptual-decision tasks and a series of questions about political beliefs. The results showed that people with a weaker ability to recognize their own incorrect decisions on the cognitive tasks were also more likely to hold radical beliefs about political issues. Fleming says that future research may examine whether metacognitive training, even with very simple tasks, may induce mindsets that promote changes of mind.

Understanding and changing patterns of behavior at the societal scale is key to nearly every part of policy. Designing behaviorally sensitive policies requires a model for understanding behavior in its specific context, and models of behavior must be linked to applicable frameworks. One needs to think of an intervention or policy as if it’s a game of chess, advises Susan Michie, a professor of health psychology at University College London: You need to think through several steps ahead of where you are.

“If we’re to develop effective interventions to change behavior, we need to identify the key players in the system and understand the specific behaviors in their specific contexts,” Michie explains. “To effectively target behaviors, one needs to both start large in terms of the big picture but also drill down to the detailed granularity of the situation.”

The capability, opportunity, motivation, behavior model (COM-B) is a simple, yet comprehensive system for planning behavior change interventions. In this system, behavior occurs as an interaction among three necessary conditions: capability, opportunity, and motivation. For any behavior to occur, the intended agent needs to have the capability — without the capability to enact it, the behavior won’t occur. One also needs to have the opportunity to enact the behavior. For example, simply knowing how to ride a bicycle is insufficient — you also need safe, convenient spaces to ride. Finally, you must be motivated to complete the behavior.

Through the Human Behavior-Change Project, Michie is working with an interdisciplinary team using machine learning and artificial intelligence to synthesize the vast body of behavior change evidence to create a new, more functional ontology of behavior change.

“The scale of evidence that can be analyzed by these computational methods will allow the system to generate new hypotheses and advance our understanding of human behavior and answer questions with up-to-date evidence tailored to user need and context,” she says.

Alexandra Michel is a freelance writer based in Baltimore.