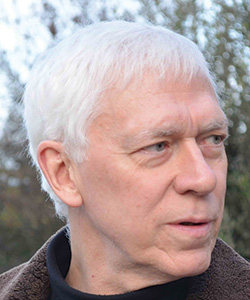 APS Fellow Terry E. Robinson is the recipient of a 2014 William James Fellow Award. Robinson, Elliot S. Valenstein Distinguished University Professor of Psychology and Neuroscience at the University of Michigan, will deliver his award address on “Individual Variation in Resisting Temptation: Implications for Addiction” at the 2014 APS Annual Convention, May 22–25 in San Francisco.

Robinson’s research has focused on “the persistent behavioral and neurobiological consequences of drug use, and the implications of these for addiction and relapse.” He is a former editor-in-chief of Behavioral Brain Research, a journal which publishes research on behavioral neuroscience.

Robinson’s most recent work concerns individual variation in the propensity to attribute motivational properties (incentive salience) to reward cues, and associated neurobiological substrates. His APS award address will discuss how such variation may result in different “pathways to addiction,” in the case of cues associated with drugs of abuse.

Robinson remarked, “As a founding Fellow of APS and a member of the Department of Psychology at Michigan for many years I am thrilled and honored to have received this award. I look forward to trying to convince my colleagues that variation in the ability of rats to resist the temptations afforded by food and drug cues may tell us a lot about how similar variation in people may contribute to both obesity and addiction, and other impulse control disorders.”