Observer > 2018 > January > Pursuing Questions at the Heart of Identity 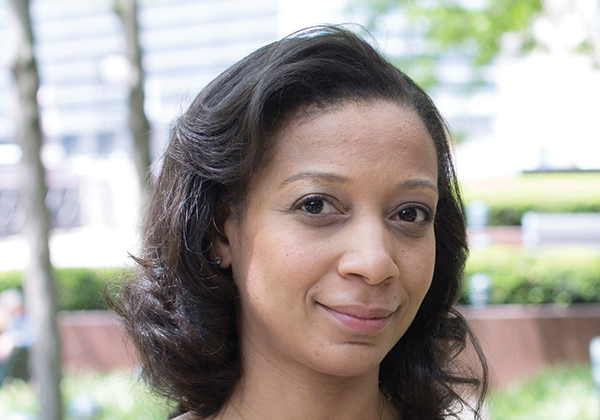 I was thrilled that APS Past Board Member Jennifer Richeson agreed to deliver the Bring the Family Address at the 30th APS Annual Convention in San Francisco. Jennifer, the Philip R. Allen Professor of Psychology at Yale University, is one of the foremost researchers on the many psychological phenomena pertinent to cultural diversity. A Guggenheim Fellow and MacArthur Genius Fellow, she is perhaps best known for her work showing how actual and perceived increases in racial and ethnic diversity can yield both more egalitarian and more exclusionary racial attitudes.

APS Past Board Member Wendy Berry Mendes interviewed Jennifer in 2016 for the APS video series “Inside the Psychologist’s Studio.” In that interview, Jennifer shared her path from her undergraduate years at Brown University to the graduate program at Harvard University, where she worked under the mentorship of renowned social psychologist Nalini Ambady, who passed away in 2013. To give students and young researchers a flavor for the professional path that one takes in building a career in psychological science, I asked Jennifer questions similar to those Mendes asked in her interview. -APS President Suparna Rajaram 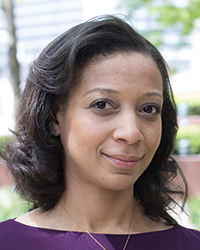 Tell us a little about your educational path, and how it led you to pursue a graduate degree in psychology.

I started taking classes in the program in neuroscience at Brown University, and really enjoyed them, but I was also really interested in the social sciences and questions at the heart of identity and diversity. I honestly did not know what to major in that might appeal to these differing interests. It turns out, however, that all of my neuroscience classes and general science classes counted for the psychology major, and psychology also addressed questions of social inequality.

The idea of becoming a professor, though, didn’t occur to me until very late. I took a class in the education department called “The Psychology of Race, Class, and Gender” taught by a Black female — my first Black professor at Brown and certainly my first Black female professor — and that was when all the little pieces came together. I asked the professor, Fayneese Miller, “How do I become you?” And she said “Well, you have to go to grad school. You can go into counseling, you can go into clinical, or you can go into social.” And I thought, “Oh, let me see what this social psychology thing is all about.” And I applied to a bunch of schools, and I got into one — it just turned out to be Harvard.

What originally piqued your interest in this area of social psychology?

Honestly, it was simply Professor Miller telling me that it was the area in psychology that was most likely to address the topics that I cared about most, namely inequality, discrimination, race, class, and gender identity. It was a leap of faith on my part and a huge leap of faith on the part of the faculty at Harvard who accepted me into the program.

What obstacles did you face at the beginning of your career?

Some were simply due the fact that I knew very little about social psychology or research with humans — recall that my research experience to that point had been with rats. It was also a tough time to begin graduate school, because The Bell Curve — a book that re-ignited the debate about race, class, intelligence, and ability — had just been published. Perhaps needless to say, it was a tough first year, but then Nalini came to Harvard in my second year, and she was the one who said “No, you have a place in this field. I think you have great ideas; come develop them in my lab.” She really reached out to me in a way that was super proactive and incredibly encouraging, and was that way all the way through graduate school and honestly for the rest of her life.

Tell us more about what it was like working with Nalini.

She is one of the most brilliant people I’ve ever met; she’s stunningly brilliant. She was so used to being underestimated, and so she had a bit of a healthy edge because of that. I think there’s such a lesson in that. You’re constantly trying to navigate your way through this field, and people don’t take you seriously all the time, especially if you come in a female package or a minority package or are short or young or any number of things. And not only did she handle it so incredibly well, she mentored her students on how to handle it. Through her, we learned that we’d face some hard times, but we’re equipped with the skills to manage them.

What’s been your guiding compass in your academic career?

Honestly, I simply try to do the very best work that I can to investigate questions that I care about deeply. That is all.

What advice, in general, would you give budding scientists around the world?

At one point in graduate school I was teetering on the edge of exit, and Nalini said, “No, Jenn, we need your voice in the field.” And that’s true; we need your voice and your unique perspective. But you do have to really want it … you do get constant negative feedback. There are so many temptations to go in directions that you may be interested in, or maybe you don’t know that you’re interested in, but everybody else is interested in pushing you in that direction. It’s easy to get sidetracked, especially when there are rewards and incentives for doing so. You have to be clear about why you’re in the field, or at least what you hope to accomplish, and you have to try your best to stay connected to that. Try to remember that “This is why I’m in this game, this is what motivates me to go to work.”

Observer > 2018 > January > Pursuing Questions at the Heart of Identity