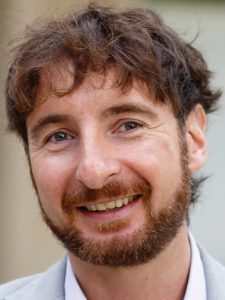 How are different areas of the brain connected? And how do those connections produce the range of complex behaviors involved in everyday skills like navigating space or remembering information? These questions cannot be answered by research in one discipline alone — they require a fundamentally integrative approach. APS Fellow Franco Pestilli and psychological scientist Terry Sejnowski are two researchers taking such an interdisciplinary perspective, receiving National Science Foundation (NSF) grants specifically aimed at supporting team-based research that integrates behavioral, neural, computational, and engineering sciences.

Brain-Life.org will promote the “upcycling” of data derivatives, which are the data and algorithms created by researchers that might ordinarily be underutilized or never published, Pestilli explains. The platform will also allow multiple communities of researchers to access these data and analytical tools by automatically standardizing the collected data and algorithms and integrating them with national supercomputers and cloud systems.

“This process is meant to promote data sharing [and] reproducibility of scientific results as well as to expand the user base of data and algorithms,” says Pestilli, a 2016 recipient of the APS Janet Taylor Spence Award for Transformative Early Career Contributions.

Through the platform, the research team plans on making these materials and tools widely available so that high-scale computational analyses can be performed on an entire population of human brains, including the Human Connectome data set — one of the largest brain network mapping efforts to date.

“I am very much excited by the possibility to ask questions that are currently difficult to ask — questions about variability and individuality [and] variations in human brains and behavior across large populations,” Pestilli says. 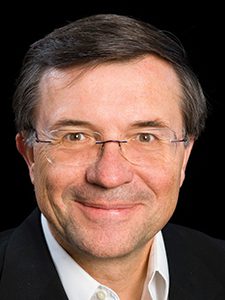 Sejnowski, of The Salk Institute for Biological Studies, is on a team receiving over $480,000 for a collaborative project titled “Integrative Foundations for Interactions of Complex Neural and Neuro-Inspired Systems with Realistic Environments.” With collaborators at the California Institute of Technology, the proposed project will model the layered architecture of sensorimotor control in the brain to develop and improve complex and adaptable engineered systems. The resulting computational model will then be tested by human subjects who will perform tasks requiring fast reflexes and long-range planning in a virtual reality environment.

The project’s findings could have a major impact on the development of artificial technologies, including those surrounding human–robot interactions. Says Sejnowski:

“Our growing understanding of how these layered architectures are organized in the brain to produce highly robust, flexible, and efficient behavior will have many applications to rapidly evolving technologies in complex environments, including the Internet of Things, autonomous transportation, and sustainable energy networks.”

Looking toward the future applications of this model, Sejnowski and team hope to “engineer a new generation of control systems with the same robustness as found in nature.”

NCS is part of NSF’s Understanding the Brain (UtB) initiative to support basic research on brain function and related behaviors and the development of new neurotechnologies. According to NSF, UtB activities merge the agency’s efforts in cognitive science and neuroscience with the Brain Research through Advancing Innovative Neurotechnologies (BRAIN) Initiative established in 2013 by President Barack Obama. With the goal of mapping the brain spatially and temporally, the BRAIN Initiative brings together multiple federal agencies, such as NSF and the National Institutes of Health, to support basic research on the fundamental function and structure of the brain. Between fiscal years 2014 and 2016, NSF invested nearly $150 million in the BRAIN Initiative and nearly $375 million in UtB activities.

To learn more about the BRAIN Initiative, see the March 2014 APS Presidential Guest Column in the Observer here.