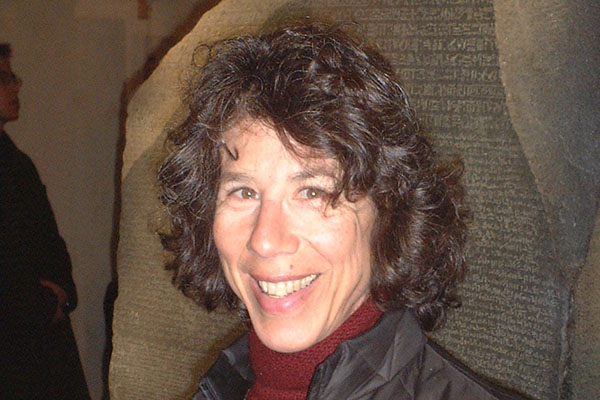 This past year, I invited distinguished scholars from outside our discipline to reflect on ways that they use psychological science in their practice. Although I knew each and thought I was familiar with their perspectives, each response surprised me and enlightened me. We first heard from Stephen Kosslyn, known to the community as a cognitive psychologist and neuroscientist. He left that productive career for another one, bringing psychological science with him to design innovative educational institutions from the ground up on the basis of the best available evidence. Among other things, the program nurtures a Recognize/Access/Apply habit in students: Recognize the kind of problem or situation/Access the relevant solutions/Apply them to the situation. In cognitive terminology: encode/retrieve/act.

We heard from Sarah Goldhagen, an architecture critic, on how people design buildings and even more on how those designs affect people, not always for the best. She urges us to take on human-centric design, particularly the challenge of designing buildings that will enhance the many different aspects of our well-being.

An MD researcher, Donald Redelmeier, and a social psychologist, Lee Ross, described a widespread cognitive bias, the objectivity illusion, according to which all of us, experts like MDs included, think that our own views are truth and therefore shared by others. This raises yet another challenge for us, echoing Kosslyn: how to recognize when we are biased and how to correct those biases.

Eleanor Fox, a lawyer and professor of competition law, showed us that laws, lawmakers, and judges have implicit notions of what people regard as fair and best for human welfare. She observed that those preconceptions do not seem to conform to what research on people’s judgments of fairness and evaluations of welfare has shown. Implicit in her analysis is a desire for more research on the subtleties of perception of fairness and welfare. Such research might better inform the law, and would, at the same time, provide more insights into the mind.

Finally, a philosopher, Valeria Giardino, surveyed a century of interactions between philosophy and psychology on the nature of reasoning. Initially, formal logic took hold in philosophy. Subsequent psychological research made clear that formal logic (perhaps like formal analyses of language and of choice) does not describe human reasoning, which is messier and more embodied. Philosophers who study the practices of mathematicians and scientists have come to a similar realization, providing new opportunities for productive interchanges.

Revelation. Two others accepted my invitation but unfortunately were unable to contribute columns in time.  One is an actor-director-teacher who is an avid reader of social neuroscience and embodied cognition, both central to his craft. The other is an innovative designer of human-computer interfaces who tests his designs on humans. Surely we would have been surprised by and could have learned from each of them. I could have invited many others, but I’ve run out of columns.

Each commentator, implicitly or explicitly, urged us to do research on issues of importance to their work where solid relevant research is missing: Research on human-centric design to create buildings that enhance well-being and to create interfaces that help us accomplish tasks we need to perform, and research on the subtleties of solving problems and overcoming biases and impulses on the ground in real time, on assessing the subtleties of judgments of fairness and trade-offs for welfare. These are win-win opportunities for us to both expand our understanding of fundamental psychological processes and to make a difference in the world. Of course many of you (of us) have been doing this for years.

Two themes have run through my columns this year, bringing in views on psychological science from outside the field and exploring the depth and breadth of spatial thinking (take note of the words). Those themes intertwine. A core feature of spatial thinking is perspective taking, and giving psychology away entails taking the perspective of other disciplines. As I put forth in February, taking other perspectives is probably the most promising way to generate new ideas, to develop new areas of research, and to find new solutions. The implication should be clear.

We are living in divisive times. Historically and sadly even today, leaders attempt to unite people by focusing outside, by appealing to a common enemy. Could focusing outside to cooperate on a common good offer a better solution?

Our annual convention in May will provide ample opportunities to cooperate, to study cooperation, and to learn other perspectives. The Presidential Symposium continues the theme of bringing in views from outside, in this case, from the arts. Like science, the arts are uplifting, and both are all the more needed in divisive times. What is remarkable is that each of the speakers combines art and science seamlessly. We will hear from Jonathan Berger, a music theorist-composer who also studies the perception of music, and from Andrea Kantrowitz, an artist who also studies the creation of art. The Symposium also includes two psychological scientists who have made contributions to the study of the arts: David Kirsh on dance and architecture and Jeff Zacks on film.

Cooperation unites our two keynote speakers who otherwise study very different populations: Mike Tomasello, who studies cooperation in children and other primates, and Betsy Paluck, who studies cooperation and conflict reduction in diverse groups across the globe. Lee Ross will be interviewed for the Inside the Psychologist’s Studio video series; among his many contributions to social psychology is work, in the lab and in the field, on conflict resolution.

This is only a sliver of the terrific program that will broaden, enrich, and challenge us in Washington, DC, this May. I look forward to seeing you there.

You can view the full program and register for the 2019 APS Annual Convention online.

It is this glorious breadth of relevance of our discipline, the fulcrum between the biotropes and the sociotropes, the handshake between C. P. Snow’s “two cultures”, that make me, now in retirement, ever grateful that my first introductory psychology class kick started my 50 years in academic and applied psychology.

Developing a “true cognitive science” will depend on the integration of philosophy and psychological science, says researcher Valeria Giardino in a guest column.

The Geometry of Thought

APS President Barbara Tversky walks readers through the lines, loops, and zig-zags we follow between places, memories, and ideas.