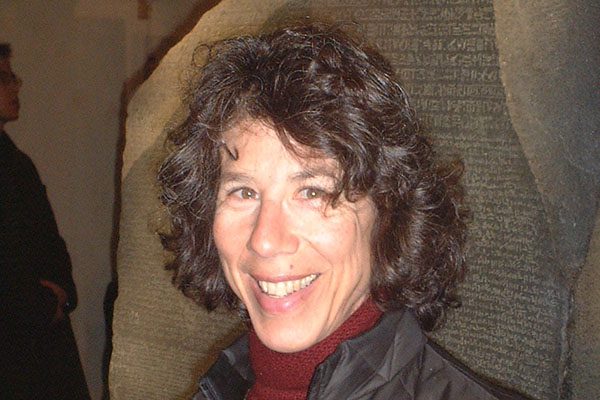 In January, I began with an obsession that I come by naturally, spatial thinking, and observed, perhaps self-referringly, that it is ubiquitous. Paths take us from place to place in the world, and from thought to thought in the mind, along lines that can go in many directions. I ended with perspective, contrasting a perspective from inside the paths, the route that takes you from place to place or idea to idea, and a perspective from above, a map-like view that allows you to see many possible routes. With a caveat: In order to see many possible routes, you need to know the landscape, and that that can be a challenge. This month, more musings about perspective-taking, in particular, perspective-switching. But first a detour, not to worry, we’ll get back on track.

As you know, anything with “mind” catches the attention of the public. It doesn’t seem to matter if it’s mind-wandering or mindfulness, and few see the contradiction. Hence excitement about research showing that mind-wandering increases creativity (e. g., Baird, Smallwood, Mrazek, Kam, Franklin, & Schooler, 2012). What a boon to day-dreamers! Taking a break, letting your mind wander, going for a walk all seemed to lead people to find more unusual uses for a common object. In tasks like these, people often get stuck in a rut and go around and around the same ideas. Brick-doorstop; brick bookend; brick-doorstop, brick, brick…. Mind-wandering seems to disrupt that unproductive cycle, perhaps by bringing in new associations, new starting points. Ah, yes, brick-hammer. Mind-wandering might break set, unlock fixation, but it doesn’t provide good ways to search for new ideas. We thought an empathetic or human-centric approach could provide an effective search strategy (Chou, 2016).

People have a large store of information about professions. From an early age, we have to figure how to answer, “What do you want to be when you grow up?” We gave one group the mind-wandering instructions as a strategy for finding novel uses for familiar objects and we gave another group empathetic instructions. The empathetic group was asked to take the role of an artist or a gardener or an electrician and think about how each might use the object differently. In essence, the empathetic group was asked to take different perspectives, perspectives that they had sufficient knowledge to adopt. And they came up with far more new uses than those who simply let their minds wander.

Now another jump, to superforecasters. These are a group of people who consistently outperform others and outperform chance in making political and economic predictions (Tetlock and Gardner, 2016). What makes them succeed? They are news junkies. They have nuanced probability judgments, not just sure, maybe, no way, and they constantly revise their judgments in the light of incoming evidence. But most of all, you guessed, it, they take many perspectives. They challenge their own analysis, how could it go wrong? They try to figure out what others’ perspectives would be, where others are thinkers with opposing views.

Here’s a third case. For years, the dominant metaphor for cancer was war. Cancer invaded the body, and needed to be slaughtered. As a consequence, the efforts of medicine were to kill the invading cells, even if there was collateral damage. And there was. A different metaphor, a new perspective, has enabled new approaches to treating cancer (Mukherjee, 2017). Autopsies have shown that many people die with cancers that never metastasized, never spread through the body, stayed put and didn’t cause general damage. That discovery led to a change of perspective, to see cancer not as an invading army, but as a seed that needed the proper soil. If it didn’t have the proper soil, it didn’t spread. The new approach: spoil the soil. Or keep it confined.

One more example of the utility of perspective-switching and I’ll stop. It’s hard to escape the fear-mongering about AI. It will take out jobs away, replace us, or worse, enslave us. All of this makes for terrific, if scary, sci-fi movies. But here’s another way to look at AI: We can learn from it. AlphaZero, described as “a general reinforcement learning algorithm,” taught itself to play chess, shoji, and Go by playing against itself. It beats not only all the masters but all the other programs (Silver, et al., 2018). It can’t explain what it’s doing—yet, but the group that developed AlphaZero is working on that too. Its moves often astound and fascinate experts, if only because they would not have dared to take those moves or even thought of them. Some of the moves seem to go against accepted game lore, they even look reckless. But they work! Chess, shoji, and Go players are learning from AlphaZero’s moves, and we psychological scientists can too: what is it about the human mind that biases us against taking certain moves that turn out to be excellent moves?

I hope I’ve convinced you that perspective-taking and perspective-switching can work beautifully for problem-solving. Perspective-taking often arises in discussions of interpersonal relations. Surely managing interpersonal relations is a form of problem-solving, and the advantages of perspective-taking in interpersonal relations are well-known. But being convinced of the value of perspective-taking doesn’t in and of itself tell you how to do it. For that, we return to spatial perspective taking, from inside and from above. From inside, we can imagine someone else’s position and the paths they might take. This is one trick of superforecasters, to put themselves in the place of an opposing analysis, and one benefit of role-playing, whether to increase empathy or to find novel uses. From above, we go abstract, we can see the entire panorama, we can try to figure out the structure of that space. We can find similarities and differences across different paths and places. We can rearrange the places and the paths, after all, this is in the imagination, no cement required.

Professor Tversky is correct- Perspective taking is important, especially for Creativity in both Science and the Arts. Over the past decade my lab has consistently shown that changing perspectives modulates creativity(e.g., Dumas & Dunbar, PLOS, 2016).