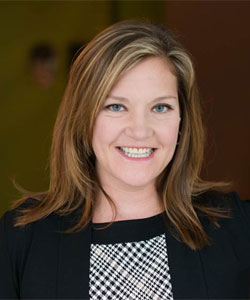 She’s found that a messy desk can promote creative thinking. She’s identified the economic principles that influence how women respond to sexually suggestive ads. She’s demonstrated that performing a ritual leads to more enjoyment when eating and drinking.

APS Fellow Kathleen Vohs has been a prolific investigator of the links between psychology and consumer behavior. In recognition of her work — in particular her ongoing exploration of self-regulatory processes — Vohs has received a 2014 Anneliese Maier Research Award from the Alexander von Humboldt Foundation. The honor is given to “world-class researchers” with the aim of promoting the internationalization of the humanities and social sciences in Germany.

“My research will have two aims,” says Vohs. “The first aim is to build new and exciting models of motivation, and the second is to jump-start the science of motivation at the University of Heidelberg, where I’ll be spending time, and throughout Germany.

“Specifically, the research we’ll be working on are new models of self-regulation, concentrating on the limited resource theory,” she added. “We’ll also look at the motivational significance of money.”

Vohs will speak at the 2014 APS Annual Convention, held May 22–25 in San Francisco. Her talk, “The Meaning of Money,” will focus on behaviors driven by reminders of money.