Observer > 2014 > April > In Diversifying Neighborhoods, How Do Attitudes Shift? 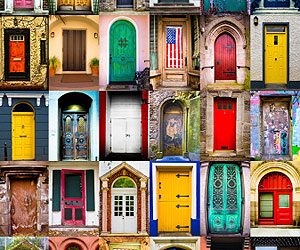 Almost half a century after the Fair Housing Act was passed in 1968, many American cities – including New York; Washington, DC; Chicago; and Houston – are still vastly segregated by neighborhood. White people tend to group in certain areas, Black people in another, Asian people in another still.

And yet, changes to local demographics, housing policies, lending practices, and real estate markets over the last 50 years are increasing the sociocultural diversity of many city neighborhoods.

How will individuals living in these neighborhoods react to the changes? Will greater integration promote more contact and trust between groups?

A recent study published in Psychological Science examined just that, surveying more than 1,500 people in 224 neighborhoods throughout England.

About half of the participants were White British people — the majority group members in these neighborhoods – while the other half were ethnic minorities from neighborhoods of varying degrees of diversity.

The researchers asked several questions, trying to tease out how diversity influenced trust between groups, trust in neighbors, and overall attitudes toward out-group members.

And while the answers from the majority group were more mixed, the researchers found that greater diversity was associated with trust and positive attitudes overall, but in an indirect way: Greater diversity promoted contact and interaction between groups, and increased contact led to less perceived threats.

This study, which was among the largest and most comprehensive of its kind to date, adds to previous research by showing that these indirect effects of contact and perceived threat can play a significant role in overall levels of trust between groups.

“It is vital to capture how diversity is subjectively encountered, that is, through contact with those others who shape one’s diverse environments,” the researchers write.

The findings indicate that “diversity does not inevitably lead people to ‘hunker down’ but also enables them to open up and can provide them with opportunities for engaging with others of different ethnic backgrounds than their own,” Schmid and colleagues conclude.

Observer > 2014 > April > In Diversifying Neighborhoods, How Do Attitudes Shift?

Each fall, the APS Student Caucus (APSSC) Executive Board meets at APS headquarters in Washington, DC to discuss student engagement and convention programming. This annual meeting gives us a chance to reflect as a group

Through lab experiments and field studies with survivors of historic wildfires, APS James McKeen Cattell Fellow Richard A. Bryant has demonstrated the power of relationships and community to temper psychological trauma.

Few processes impact the lives of everyday people as strongly as the creation of public policy. Public policy may be defined concretely as specific legislation, or it may be thought of more abstractly as the