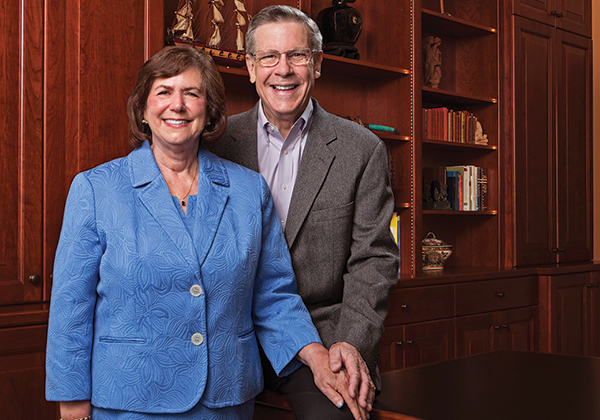 Governments and international organizations around the globe are becoming increasingly interested in the happiness of citizens. They’re not just aiming to eradicate the misery associated with depression and other mental illnesses, but also to promote emotional well-being. Psychological scientists should know about these rapidly moving developments, and should even get involved in these initiatives. At the levels of both organizations and governments, we are seeing leaders wanting to be actively involved in furthering subjective well-being, healthy relationships, meaning and purpose in life, and other forms of positivity that go beyond merely the reduction of suffering. This rising trend might be due to postmaterialistic values in the economic world, to the growing science of well-being and happiness, or to both.

We met in February with the Minister of State for Happiness for the United Arab Emirates (UAE), Her Excellency Ohood Al Roumi. Yes, she is the minister of well-being for the country and is carrying out programs to enhance the emotional lives of people in the UAE. For example, she instituted 100 days of positivity in the schools, during which time children learned about and practiced positive interactions with others. The minister can have considerable influence in the UAE because she works closely with the prime minister.

Our meeting with the minister took place in Dubai at the World Government Summit, at which about 130 nations were represented. The first day of the summit was devoted to presentations about happiness and emotional well-being, with economists, psychological scientists, and policy-makers from many nations weighing in. One of us (Ed Diener) presented data showing that emotional well-being is beneficial for health, longevity, effective functioning, and resilience. APS James McKeen Cattell Fellow Mihaly Csikszentmihalyi discussed his seminal research on “flow,” the term he created to describe the gratifying experience of being completely immersed in an activity for its own sake. And APS William James and James McKeen Cattell Fellow Martin E. P. Seligman gave a talk on positive psychology in which he said that we could be at a turning point in human history. Seligman remarked that as more and more people’s security and basic needs are met, we can now focus on fulfilling, rewarding lives and orient ourselves more toward positive growth rather than simply avoiding terrible things, as was true in the past.

Both of us also met with the Minister of Good Living from Ecuador, Freddy Ehlers, who occupies a post similar to that of the UAE’s Minister of Happiness. The prime minister of Bhutan was at the summit, as were leaders from many other nations.

One of the speakers at the summit was Lord Richard Layard, an economist from the United Kingdom (UK) who is a member of the House of Lords in Parliament. Lord Layard was successful in passing legislation that provided $1 billion additional dollars of funding for mental health services for underserved populations. He and his colleague, APS Fellow David M. Clark from Oxford University, United Kingdom, authored a book called Thrive: The Power of Evidence-Based Psychological Therapies. In this work, they presented data based on well-being surveys showing that mental illness produces more misery than any other disease, and yet its treatment is grossly underfunded compared with other sicknesses.

One month earlier, Ed Diener attended a meeting on emotional well-being at US Surgeon General Vivek H. Murthy’s office in Washington, DC. For his final 2 years in office, Murthy is creating an initiative to further emotional well-being among the American people. His office is currently collecting and considering ideas to attain that goal — such as including mindfulness training in the schools. APS Fellow Todd B. Kashdan also presented ideas about well-being from a psychological perspective during the meeting. Attendees from the Department of Veterans Affairs called for programs that would help the emotional well-being of military veterans. Many other constituencies were represented as well, including popular author and psychological scientist Jon Kabat-Zinn and APS William James Fellow Richard J. Davidson. The meeting had the feeling of a brainstorming session, with specific concrete initiatives to be planned in the future.

The United Nations accepted a resolution that says that happiness should be one goal of governments, and the Organisation for Economic Co-operation and Development has been involved in evaluating measures of well-being to be used for public-policy purposes. There is increasing interest in creating national accounts of well-being, which the UK has now taken part in by instituting a short survey of well-being of citizens, measuring constructs such as life satisfaction, positive feelings, negative feelings, and meaning and purpose in life.

Programs to enhance well-being and national accounts of well-being are no longer just a hope for the future, although one thing that concerns us is the relative absence of psychological scientists in most of these endeavors. Psychological researchers should have the most expertise on the topic of emotional well-being, and yet they have had little input in a number of current initiatives. We encourage more psychological scientists to become actively involved; this movement appears to be a real opportunity for our field to have an influence on national policies that affect all citizens.

These government movements seem to be gathering momentum quickly, but we worry they are not always being guided in scientifically sound directions. Many programs purported to raise well-being lack adequate evidence of efficacy. Conversely, psychological scientists have amassed a great deal of data on the various influences on well-being, and can inform programs that are likely to increase it. Thus, our hope is that scientific psychologists get more involved in the government efforts to guide policy-makers in sound directions.

APS William James Fellow Ed Diener was a professor of psychology at the University of Illinois from 1974 to 2008, and is currently a senior scientist for the Gallup Organization and a professor at both the University of Utah and the University of Virginia. Diener was the president of several scientific societies and edited a number of journals, including being the founding editor of Perspectives on Psychological Science. He was awarded the APS William James Fellow Award for his research on subjective well-being. After decades studying the basic processes and measurement of subjective well-being, Diener spearheaded the movement to institute national measures of well-being for policy purposes.
Carol Diener received her PhD (1979) and JD (1997) from the University of Illinois, and taught clinical psychology and forensic psychology there from 1981 to her retirement in 2006. She also directed the mental health worker program. She has been given a number of teaching and service awards. They can be contacted via apsobserver@psychologicalscience.org.