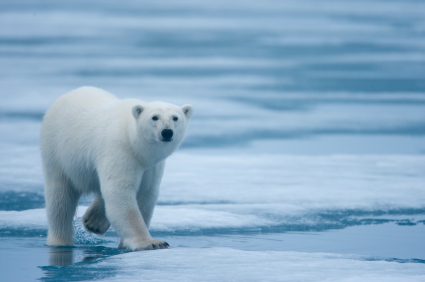 From Priuses to solar panels and plastic-bag bans (and even green dating!), it seems that everyone’s going green. The message that our world is in danger if we do not take action is also everywhere: from images of baby polar bears drowning to frightening images of a parched barren future. The push to go green is based in good intentions, but an upcoming study in Psychological Science shows that the popular “do or die” global–warming messages can backfire if the situation is presented too negatively.

In the first of two experiments by psychological scientists Robb Willer and Matthew Feinberg of the University of California, Berkeley, students were gauged for their political attitudes, skepticism about global warming, and level of belief in whether the world is just or unjust. Participants then read a news article about global warming. Half of these participants received articles that ended with warnings about the apocalyptic consequences of global warming, while the other half read ones that concluded with positive messages focused on potential solutions to global warming, such as technological innovations that could reduce carbon emissions.

Results showed that those who read the positive messages were more open to believing in the existence of global warming and had more faith in science’s ability to solve the problem, than those exposed to doomsday messages, who became more skeptical about global warming.

In the second experiment, the researchers studied whether increasing one’s belief in a just world also increases one’s skepticism about global warming. Half of the volunteers were primed with scrambled sentences such as “prevails justice always.” The volunteers were then shown a video featuring innocent children being put in harm’s way to illustrate the threat of global warming to future generations. Those who had been primed for a just world view responded to the video with heightened skepticism towards global warming and less willingness to change their lifestyles to reduce their carbon footprint, according to the results.

“Our study indicates that the potentially devastating consequences of global warming threaten people’s fundamental tendency to see the world as safe, stable and fair. As a result, people may respond by discounting evidence for global warming,” said Willer in a UC Berkeley Media Release. “The scarier the message, the more people who are committed to viewing the world as fundamentally stable and fair are motivated to deny it,” agreed Feinberg.

Overall, the study concludes, “Fear-based appeals, especially when not coupled with a clear solution, can backfire and undermine the intended effects of these messages.”

For more on the surprising downside of green advertizing see this past Daily Observation, How Could Going Green Be Bad? For more press coverage, check out these articles from Reuters and Time.

I’ll say that I defended lietbry, and that all I asked was that those who want to tax and limit otherwise free activity prove their case that that activity caused global warming, and that they failed to do so.It’s a bit like a defense lawyer defending a client who turns out to be a killer after all if the prosecution doesn’t put a case together and expects the jury to convict just because there’s a “consensus” among the prosecution team, and the defense lawyer gets a not guilty verdict, is the defense lawyer to blame if the client turns out to have been guilty?And let’s put your question upside down as well will AGW believers admit they were wrong, if they turn out to be wrong? Will they support a repeal of cap and trade? They won’t admit that they might have been wrong about CFCs even though CFCs were banned a generation ago and the ozone hole is no smaller than it was then.

This is very necessary article and needs to be addressed.