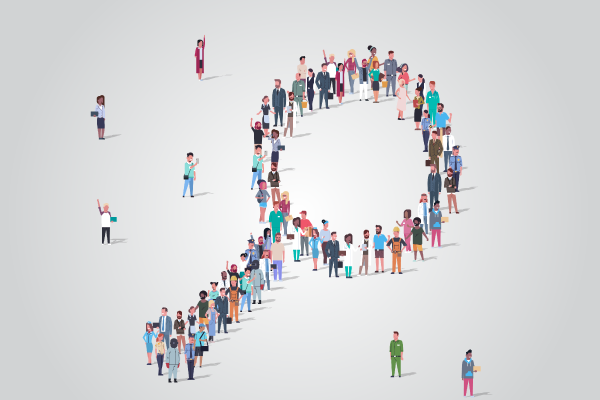 Three years ago at a psychology conference, a small group of female researchers and university faculty members observed that, compared with their male counterparts, few women had received early-career awards. Some reflected on their experiences of bias in the workplace and the treatment they had received during maternity leave and promotion decisions.

Systemic pressure for women to serve as caregivers may contribute to lower publication rates, less pursuit of tenure-track positions, and less research prominence.

“Many of our fellow female psychologists were interested in exploring women’s roles and status within psychological science, signed up to coauthor, and offered suggestions for other authors to include,” said June Gruber (University of Colorado, Boulder), lead author of the article. “Very quickly, we had a large and active authorship group of over 50 women psychological scientists.”

A Call to Action

Over the past several decades the face of science has evolved from a mostly White, male cohort to be more diverse and inclusive. This is particularly true in the field of psychology, which has seen a rapid rise in the percentage of bachelor’s degrees awarded to women, from approximately 45% in the early 1970s to well over 70% in 2017.

Although the gender distribution of undergraduate degrees is encouraging, it does not paint the full picture. As detailed in the report, more work is needed to close the academic, professional, and financial gender gaps that continue to permeate all scientific disciplines, including psychological science.

Where Are the Present Gender Gaps in Psychological Science?

They found that women are still underrepresented among veteran psychological scientists, although psychology is doing comparatively better than other fields in closing the gender gap in early-career advancement. But the gap doesn’t stop there.

On average, men publish more psychological science articles than women every year across most stages of their careers, and gender pay gaps persist despite shrinking over time. On average, a woman’s salary as an associate professor is 92% that of a man’s across all institutions; for full professors, it falls to 88%.

In addition, women are more likely to perform lower-status services for their universities, institutions, and broader scholarly communities, which Gruber and colleagues define as an integral part of academic life. They also perform more services that may go unnoticed (e.g., informal mentorship, especially given the large percentage of female psychology majors).

And although women earn more doctoral degrees in psychology than men and are as or more likely than men to be hired as assistant professors, they are less likely to submit, receive, and renew grants or to have comparable publication and citation rates.

Although they vary in form and over time, the gaps are there. Where do we go from here?

Why Do Gender Gaps Exist in Psychological Science?

Factors were not mutually exclusive, which led the study’s authors to conclude early that gender-gap-facilitating mechanisms are complex and embedded deeply in workplace and academic structures.

They analyzed issues including lifestyle roles and work-family conflict, gender biases, attainment of positions of power, intersectionality, harassment and incivility, agency, self-esteem, promotion, and a sense of a lack of belonging.

The study’s results showed that systemic pressure for women to serve as caregivers may contribute to lower publication rates, less pursuit of tenure-track positions, and less research prominence. Additionally, interpersonal and intrapersonal gender biases create stereotypes that are more likely to associate scientific work and brilliance with men than women.

The study found that both women and men are socialized to accept and conform to gender stereotypes and will seek out careers that enforce such stereotypes.

The influence of stereotypes and biases aside, women also experience sexual harassment more often than men, a problem the study’s results suggest will persist for women in the workplace.

What’s Next? The Path Forward for Women in Psychological Science

Gruber and colleagues make a series of recommendations to address the problems their report explores, including educating and redesigning hiring and award committees, providing transparency in compensation, offering gender-bias training, providing more support for families and underrepresented groups of women, and collecting and maintaining data on the efforts made to narrow the gender gap.

Although the study found that many mechanisms that allow the gender gap to remain are deeply rooted in systematic practices, it also outlines smaller steps toward broader inclusivity. These include strategies as simple as encouraging female colleagues to invite their own colleagues to events and holding meetings at hours that don’t compete with family time.

The study acknowledges the strides the field of psychology has taken to bridge the gender gap. However, despite the accomplishments of women in psychological science, the researchers believe work remains to reach true parity.

The authors conclude by stressing the need for the field of psychology to support women, especially in the midst of economic unrest. “Although we have made some progress over time, there remain significant and important issues to address to chart a path of equity for women looking ahead,” Gruber said.

Gruber acknowledged the work of the core team of leading authors—Jane Mendle, Kristen Lindquist, Toni Schmader, Lee Anna Clark, and Eliza Bliss-Moreau—who helped bring together this group of women in our field to create an impactful paper.