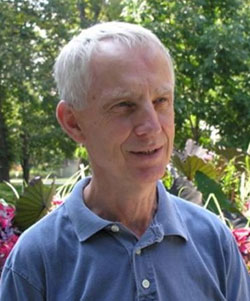 Before I begin, I want to make a confession: Our Psychology Department has a research participant pool that my lab takes full advantage of each term. There’s an aesthetic appeal from a well-designed, nicely controlled study that bears on some theoretical question, so I love, love, love experiments. I also like chocolate a lot—perhaps more than any other food — but it’s not the only food that I eat. More on this later.

Our discipline sometimes has a bit of a Hollywood flair, so if it hasn’t been done before, sooner or later someone will probably come up with a list of the “100 Greatest Studies in Psychology.” Here are three of my favorites, all studies I heard about when I was an undergraduate and all of which happen to come from social psychology.

First on my list is a 1956 study by Leon Festinger, Henry Riecken, and Stanley Schachter, “When Prophecy Fails.” The authors came upon a news story about a prediction of a catastrophic flooding that was to occur December 21, 1954. (Sound familiar? Not unlike Harold Camping, leader of Family Radio Worldwide, who announced that the world was coming to an end May 21, 2011, and that 200 million Christians would be transported to heaven). A woman, given the pseudonym Marian Keech, had been involved with “automatic writing” for some time, and she began to receive messages from the planet Clarion. The Guardians, a superior form of intelligence, had visited the earth and observed fault lines in the earth’s crust that would lead to a worldwide flood. Keech and her followers would be taken away in a Guardian flying saucer.

This was an opportunity to test Festinger’s theory of cognitive dissonance. He, his co-authors, and some hired assistants all became participant-observers within a group of followers. Initially, they observed very little proselytizing; the idea was that “those who are ready will be sent.” As December 21 approached, a small circle of the most dedicated followers took dramatic action: They quit their jobs, sold or gave away possessions, and even left spouses as they prepared for their departure.

But the day came and went, and as we now know, life did not end. This turn of events did not lead to a disbanding of the group. Instead, it led to a paradoxical increased fervor and commitment in the part of the group. This observation fit nicely within Festinger’s cognitive dissonance framework, a framework that now is incorporated well enough into our culture that it is reflected in cartoons appearing in the New Yorker.

Next on my list is Richard LaPiere’s (1934) classic study illustrating the point that attitudes and behaviors are not perfectly aligned. LaPiere sent a survey to motel, hotel, restaurant, and campground owners, asking, “Will you accept members of the Chinese race as guests in your establishment?” (This was back in the days when racial segregation was official policy in many states and unofficial policy in almost all.) Overall, more than 90% of the owners said that they would not accept a Chinese person. Earlier, LaPiere had traveled extensively with a young Chinese student and his wife, twice across the United States and up and down the Pacific coast over a two-year period, and out of 251 occasions, the couple had been turned away only once. (LaPiere sent his survey to establishments that they had visited, as well as to others that were close by but that they had not visited. He found no differences in attitudes between them.) In short, stated attitudes on a survey did not correspond to actual attitude-relevant behaviors.

The third nominee I’ll mention is the Sherif, Harvey, White, Hood, and Sherif (1961) “Robbers Cave” studies on group formation, conflict, and cooperation. These studies were conducted in the aftermath of World War II when understanding intergroup conflict was on many people’s minds. Sherif et al. ran a three-week summer camp for 11- to 12-year-old boys from established (middle-class) Protestant families; all were well-adjusted (there were no “problem” cases). The researchers, participating as members of the camp staff, arbitrarily divided the boys into two groups, who soon named themselves the Rattlesnakes and the Eagles, respectively. The researchers then systematically and surreptitiously observed the behaviors of individuals and groups. We now know that when groups are created, even on an almost completely arbitrary pretext, a surprising amount of in-group favoritism and bias against out-groups quickly develops.

Sherif et al. first kept the two groups separate and then brought them together in competitive situations. As a result, the “Rattlesnakes” and the “Eagles” wanted little to do with each other and demonstrated palpable cross-group hostility. This prompted the researchers to perform a second intervention, aimed at reducing intergroup competition and restoring harmony to the camp. For example, in one challenge, the boys were confronted with a drinking-water supply problem and had to work together to unblock a faucet. In another, both groups wanted to see a particular movie and needed to pool their resources to pay for it. In the end, harmony was restored, and all the boys decided to travel home together in the same bus. In brief, Sherif et al. found that working together on a common goal was an effective antidote for intergroup hostility.

By now, you’ve picked up the theme. None of these studies were done in a psychology lab in a 50-minute session (I like to call such lab studies, “Moto-Photo psychology,” as findings develop “in about an hour”). Nor were the research participants undergraduates taking an Introduction to Psychology course. Each study fits under the rubric of “field research,” and the gist of this column is a plea for more of it. (Some readers may have picked up another theme: Each of these studies would likely have faced significant challenges to being approved by an institutional review board. This issue is important, but that’s a topic for another column.)

Another study (or series of studies) I like is the Sara Lichtenstein and Paul Slovic (1973) demonstration of preference reversals in decision making. According to many theories of decision making and common sense, if you value A more than B, you should select A when given a choice between A and B. Lichtenstein and Slovic (1973) asked people to choose between different bets that had different payoffs and varied in how risky they were. They also asked them to give the minimum price they would sell these bets for if they owned rights to them. They found that stated selling prices were driven by the amount of the potential payoffs, but individual choices were much more sensitive to probabilities, producing preference reversals. Although preference reversals have been demonstrated in lab studies with college students, what I like about this study is that it was done on the floor of a casino. Although results with college students often do not generalize to other samples (in fact, Henrich, Heine and Norenzayan, 2010, argue that undergraduates are the “weirdest people in the world” and that results with them are particularly likely not to generalize to other samples), when convergence across lab and field studies does occur, it can be powerful.

One inspiration for this column comes from a symposium on decision making at the APS 23rd Annual Convention in Washington, DC. The talks were excellent, but it was the comments of the discussant, economist David Laibson, that really captured my attention. His opening slide showed the emblem of the President’s Council of Economic Advisors, and he raised a provocative question: Why is there no President’s Council of Psychological Advisors? He offered four hypotheses, but the one I focus on here is the allocation between lab and field studies. He suggested that economics was about 30 percent pure theory, 10 percent lab studies, and 60 percent field studies. His estimate for psychology was about 90 percent lab studies and 10 percent field studies. (My opinion is that his estimate was very generous on the field side. I suspect that we only reach that 10 percent if we define psychological research broadly enough to include educational research and other work that is often pejoratively dismissed as “applied.” We’ll take up the topic of basic versus applied research in a later column.)

As it sits, our field appears to be way overinvested in lab studies and strikingly underinvested in field studies. Think for a moment about a connoisseur, 90 percent of whose calories come from chocolate. The taste is fine, but is this connoisseur likely to be in the best of health?

To put things more bluntly, why would we not want to see a greater focus on field studies? To my mind, if field studies were pursued more vigorously, there could only be three possible outcomes: (1) our lab studies transfer readily to fieldwork, enhancing the power and prestige of psychological sciences; (2) applying lab studies to the field yields mixed results, in which case we  resolve the discrepancies through further research and ultimately enhance the power and prestige of psychological sciences; or (3) our lab studies are of little or no value in field application, in which case we have a deep understanding of why there is no President’s Council of Psychological Advisors.

Douglas L. Medin is a professor at Northwestern University. He can be reached at medin@psychologicalscience.org.