Observer > 2021 > January/February > Notes From a Fellow: From Academia to Government, A Whole New World 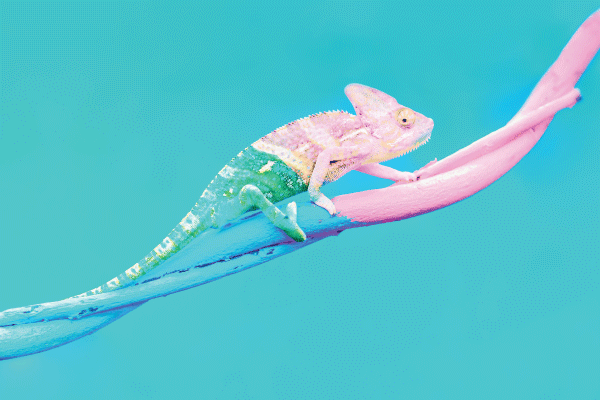 At last count, the Office of Evalution Sciences estimates there to be more than 200 teams worldwide working on applying behavioral insights to improve government services. More and more psychologists are likely to join these teams in the coming months and years. While PhD students and postdocs don’t have to look farther than their nearest advisor or instructor to find examples of an academic career, they may have a harder time getting a feel for what it would be like to work with a government team.

In the year ahead, I’ll be providing regular updates about my 1-year fellowship with the Office of Evaluation Sciences (OES, part of the U.S. government’s General Services Administration). My experience won’t be universal, but I’m hopeful that it will help explain some of the differences between psychological science in academia and in a government behavioral team.

When I was offered the OES fellowship, I expected to move from London, England, to Washington, DC, to join the OES team. Instead, because of the COVID-19 pandemic, August 2020 found me at home in London, setting up a government-issued laptop and phone for hours and hours of virtual meetings.

One of the first things I learned in the virtual orientation was that OES has a very specific project process. In contrast to my projects in grad school, where processes were invented on the fly or borrowed ad hoc from senior lab members, or in my day job as an assistant professor, where I rarely document processes as methodically as my future self might wish, OES projects are tracked with a series of documents that follow a prespecified, detailed format. Moving forward with a project requires passing through a series of “gates,” many of which entail formal review from other team members. The goal is to make sure project designs are sound and findings are reliable. Unlike a typical experiment on Amazon Mechanical Turk or other online platforms, big experiments in government can’t be easily repeated if a mistake is made.

Following OES processes has pushed me several steps forward in this capacity; they make you do all the things that, deep inside, you know you should do but sometimes skip to save time. Many different people work on each project, as fellows and academic affiliates rotate on and off the team. For that reason, work needs to be documented in enough detail that a new person can pick up where the last left off. Fortunately, in my previous work, I had already made strides in advance planning and computational reproducibility, including providing usable code for my analyses, thanks to preregistrations and using the Open Science Framework.

“Following OES processes has pushed me several steps forward in this capacity; they make you do all the things that, deep inside, you know you should do but sometimes skip to save time.”

The whole “team” thing was another new idea to get used to. Like most psychologists, I often work on projects with colleagues. To make a gross generalization, students and junior faculty tend to do more of the nitty-gritty work, and senior colleagues generally help with conceptualizing and writing. In contrast, the teams at OES are very flat, and several people do things in parallel. The work is truly collaborative on a big scale, though not as big and dispersed as something like the Open Science Collaboration or Psychological Science Accelerator.

Another key element of the OES “team” structure is interdisciplinarity. I joined with an incoming group of six fellows. One is a PhD student in economics, one is a PhD student in political science, and two are junior faculty with public administration/political science backgrounds. Another is a user experience designer who previously worked in the federal government, and then there’s me, a social psychologist by training who has spent the last 8 years as an assistant professor of marketing. So far, we’ve avoided the delays and frustration that often characterize the early stages of interdisciplinary work, and we’ve reaped the strengths of diverse knowledge. For instance, when working on ideas for tracking and improving the use of evidence in government, I contributed research from psychology on belief updating. The economist, in turn, introduced work on the impacts of experiments and evidence on policymakers. And one of the public administration faculty pointed us to a big body of work in that field. The project that results from combining these three different streams of work—most of which I wouldn’t have known about without my teammates—will be stronger for it.

After just a month at OES, I had already absorbed several things that I want to take with me after I leave. Most of the office’s projects take a long time to get off the ground and involve working with one or more collaborators from other federal agencies. An OES goal is “not to be the bottleneck” in moving these projects forward, so emails are answered quickly, all meetings are preceded with agendas and followed by clear “next steps,” and documents are drafted online during meetings. In addition to the project process and interdisciplinary team structure, I plan to bring a bit of that focus back to academia with me.

Observer > 2021 > January/February > Notes From a Fellow: From Academia to Government, A Whole New World