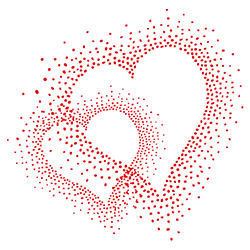 A close relationship between two people can take months, even years, to develop — it simply takes time to feel comfortable enough with another person to reveal the parts of your personality and your life that you tend to keep private. But a recent story in The New York Times sheds light on psychological research published almost 20 years ago indicating that, given the right conditions, it may be possible to develop a feeling of intimacy with another person in less than an hour.

In three studies led by APS Fellow Arthur Aron of Stony Brook University, researchers created 190 pairs of university students — some cross-gender and some same-gender — none of whom were already friends. The pairs were instructed to take turns asking each other 36 questions provided in three lists. The questions were intended to promote self-disclosure, covering personal topics like family relationships, childhood memories, personal values and desires, and even attitudes toward death. Importantly, the researchers ordered the questions such that they became more intense as the students worked their way through the lists.

Data from the subsequent studies indicated that the effect was not influenced by whether participants agreed on important issues, whether they expected to like their partner, or whether they were explicitly told that closeness was the goal of the task.

More than a third of the student pairs reportedly talked or spent time together after the study, but the researchers emphasized that the aim of their research was to be able to study how relationships form in a controlled experimental setting, not to produce long-lasting friendships or romances.

“We think that the closeness produced in these studies is experienced as similar in many important ways to felt closeness in naturally occurring relationships that develop over time,” Aron and colleagues wrote in their paper. “On the other hand, it seems unlikely that the procedure produces loyalty, dependence, commitment, or other relationship aspects that might take longer to develop.”

And yet, it seems like the question-and-answer procedure may have contributed to some real-life love connections: One student pair ended up getting married after they got to know each other in the study, and the New York Times writer later married the college friend to whom she posed the same questions.

Together, the findings underscore the importance of studying relationships “in the wild” as well as in the lab to obtain the richest account of how we form close bonds with others.