Here’s a puzzler for you — what does the acronym IUPsyS stand for? No points for getting the “Psy” part (and here’s a hint: IU is not Indiana University).

Why am I telling you this? Well, in part, it is because APS has been making a major effort to help our science become more international, and I think we can celebrate considerable progress on that front. First, let’s look at some of the progress, and then we’ll turn to some challenges. APS originally stood for the American Psychological Society. In fact, we only shifted to the Association for Psychological Science in 2006. And one of our explicit aims in doing so was to mark our focus on the international nature of our discipline. 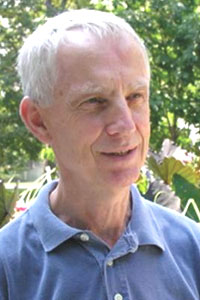 There are some very positive signs that this focus is beginning to pay off. First of all, more than half of the submissions to our flagship journal, Psychological Science, come from outside the United States. About half of the Associate Editors for this journal are also from outside the United States, and the incoming Editor, Eric Eich, is based at the University of British Columbia. In addition, APS recently co-sponsored programs in Europe featuring cross-cutting research presentations by some of the most distinguished scientists in the field — “Social Psychology and the Neurosciences: Perspectives and Pitfalls” at the European Association of Social Psychology (EASP), “Exploring the Dynamic Interaction Between Genes, Environment and the Brain” at the Federation of the European Societies of Neuropsychology (ESN), and “Where is Embodiment Going?” at the European Society for Cognitive Psychology (ESCoP). And now we have a new, internationally focused, electronic publication called the Global Observer. These efforts are just the beginning of what we hope will be an ongoing series of collaborations and new forms of cooperation.

Let me now turn to what will seem like a sidetrack, but trust me, it isn’t.

I’m fond of saying that everything is cultural. Culture is a way of life, and being immersed in it may be like a fish being immersed in water — it’s hard to imagine life outside of our own environment. We’re all aware that things often are quite different in other cultures, but once in a while we may still be surprised. For example, five scholars in my lab were chatting one day — they came from China, Bulgaria, India (via Kuwait), Italy, and the United States — and they happened to discover that they had at least four distinct ways of tying their shoes (thanks to Rumen Iliev, a postdoctoral fellow in my lab, you can check this phenomenon out by going to www.psychologicalscience.org/r/observer/cultural-ties).

What is considered cultural is an aspect of life that strikes a culture’s members as right or natural. For example, our default for photos of psychological scientists is “headshots,” ideally with a nice smile on their face. Rumen has noted that the smile part is not normative in Bulgaria, and educational psychologist Megan Bang (who will be giving a talk on her work in the Presidential Symposium at the 24th APS Annual Convention in Chicago) and I have discussed both how headshots were integral to debatable U.S. immigration policies and how they are tied to Francis Galton [1] and the racist eugenics movement [2] of the 1920s. (For example, see http://iml.jou.ufl.edu/projects/spring02/holland/Galton.htm and www.nature.com/scitable/topicpage/human-testing-the-eugenics-movement-and-irbs-724.)

How strong is our headshot bias? Well, recently a graduate student working with me, Izabel Olson, told me about the parent-teacher conference she just had with her son’s teacher. The children had been asked to do a self-portrait, and her son had drawn a beach scene that showed him surfing with his friends. The teacher was disturbed that he had not done the canonical up-close-and-personal, in-your-face portrait. Creativity apparently was not in the teacher’s repertoire of understandings. [3]

These observations notwithstanding, we’re not inclined to see culture as relevant to how (psychological) science gets practiced. But you may be surprised. Here’s an example: Currently, I serve on the U.S. National Committee for Psychological Science (see http://sites.nationalacademies.org/PGA/biso/IUPsyS/index.htm). One of the committee’s activities has been to convene a workshop on fostering international research collaborations. A report on this workshop was released in 2008 and can be downloaded for free from the National Academies Press at www.nap.edu/catalog.php?record_id=12053. My most salient memory from the workshop was the complaint by one researcher about the arbitrary writing-style demands and practices of U.S. psychology journals. The point is salient because it was made by an Australian psychologist whose native language was English.

The U.S. National Committee for Psychological Science committee works with the IUPsyS, and one of our frank concerns is that our efforts to foster an international psychological science might be construed as “American imperialism.” For the same reason, APS has gone out of its way to avoid being seen as “pushy” in its steps toward globalization. This all makes sense, but I’d like to raise one small point: There’s a possibility that our cultural practices will inevitably leak into our psychological-science practices.

If the writing style required for U.S. psychology journals can be alien to an Australian who speaks English as her first language, what can be said about our intuitions about what topics are interesting to study? Even if we agree on what to study, might there not be (cultural) differences in our beliefs about how one ought to go about studying it? One might even imagine that the particular focus on tasks that can be done in about an hour for lab studies with undergraduates might not garner world consensus as being the best practice. And, of course, the very determination of the scope of psychological science, as well as its borders with other social, behavioral, and even biological sciences, may have been decided differently in different cultures.

Similarly for APS itself, “Rising Stars” and “Champions of Psychological Science” may be comfortable waters for US fish, but low in oxygen or brackish at best for less individualistic cultures. It seems to me that, at a minimum, we need to become much more multicultural in our orientation and practices. That might mean that some practices that are near and dear to us should be up for negotiation or at least systematic variation.

So how do we go about being more open to cultural diversity? Again, in my opinion, we cannot do so by “reaching out” to other nations and cultures, because this framing makes “we” the very embodiment of American (or at least Western) imperialism, in the sense of implicitly assuming or imposing a we/you distinction. We need help from the part of our “we” that is composed of non-U.S. APS Members. And we need power sharing with non-APS potential partnering individuals and organizations.

I think I speak for the APS Board, APS staff, and many APS members when I suggest that an international psychological science is so central to our mission that we’re eager to learn different ways to tie our shoes.

[1] Galton developed and advocated the use of a composite-photograph technique based on superimposing multiple (headshot) photographs. He suggested that married couples could predict what their children might look like by superimposing their own photos and those of close relatives. Galton also suggested that one might be able to get a picture of “the criminal type” by superimposing photos of convicted criminals. This effort is not one of psychology’s success stories. Return to Text

[2] The idea was that just as livestock can be improved by selective breeding, so can human beings. In fact, in the 1920s, “Fitter Families for Future Firesides” contests were held at state fairs in the United States. Judging applied not just to Guernseys and Holsteins, but also to the Smiths and Joneses. This might seem almost comical, but this same movement led to laws that limited the number of people from certain countries who could immigrate to the United States and to state laws that mandated sterilization of those deemed unfit. Return to Text

[3] Just to bring this point a little closer to home, I suggest going to Google images and entering the name of one of our field’s greatest contributors, Amos Tversky, and asking yourself whether you prefer a headshot to the picture of him outdoors. Return to Text

Douglas L. Medin is a professor at Northwestern University. He can be reached at medin@psychologicalscience.org.