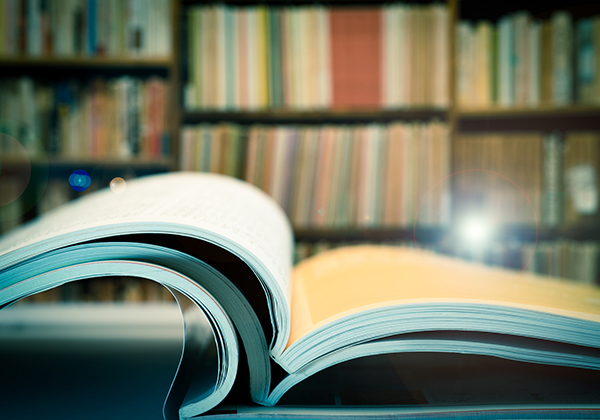 “Punning is a talent which no man affects to despise but he that is without it.” -Jonathan Swift

Science is serious business, but some journal authors enjoy spicing up the titles of their articles with puns, alliterations, and humorous references. Does a sense of humor actually help a scientific paper get noticed, read, and cited? A couple of studies published in the Journal of Information Science have taken a look at whether amusing titles actually increase the impact of psychology publications.

In a 2008 study, Itay Sagi and psychological scientist Eldad Yechiam (currently an associate professor of behavioral sciences at the Technion – Israel Institute of Technology) rated the titles of more than 1,000 psychology journal articles published in Psychological Bulletin and Psychological Review between 1985 and 1994.

Sagi and Yechiam’s analysis revealed that funnier titles actually tended to garner fewer citations over time: The most amusing titles (those with scores higher than two standard deviations from the average) had “a 33.4% reduction in the number of citations.”

The comedic content of the journal titles was evaluated by a group of eight psychology graduate students. Each journal was assigned to a team of four judges (two men and two women) who used a 7-point scale to rate their list of titles on the qualities of being amusing and pleasant. Even after controlling for title length, number of authors, year of publication, and article type (regular article vs. commentary), highly amusing titles still garnered significantly fewer citations compared to less droll titles.

This isn’t to say that a clever title dooms a paper to obscurity, however. “Articles with highly amusing titles did have a modest level of citations but they did not ‘reach the stars,’” Sagi and Yechiam explain.

A title’s pleasantness — whether extremely high or extremely low — had no impact on how often the article was cited. Although it’s unclear why humorous titles took a citations hit, the researchers suspect that a funny title may ultimately “signal low quality” or hurt the credibility of a paper. They also suggest that funny titles might include fewer technical keywords, ultimately making these papers more difficult to find in database searches.

“Although the reasons for the negative association between the use of amusing titles and subsequent citations are not entirely clear, the findings do suggest that authors should be cautious about including humorous contents in article titles,” the authors note.

Again, the researchers concluded that a hilarious title gave no boost to a paper’s garner citations.

A sample of the 25 most-downloaded psychology articles from across all available psychology journals was collected for each quarter of 2008, 2009, and 2010. After removing duplicate articles that appeared in the top 25 list more than once, the researchers had a sample of 129 articles. After this, Subotić and Mukherjee randomly selected the same number of articles from the same corresponding journal volumes (and issues when possible) to serve as a comparison sample of less popular articles. In total, the full sample included 258 articles from 40 different psychology journals.

Following the original procedure used by Sagi and Yechiam, a group of seven judges rated all of the article titles for pleasantness and amusement. A few examples of titles rated as highly amusing included “How extraverted is honey.bunny77@hotmail.de? Inferring personality from e-mail addresses” and “Taking a new look at looking at nothing,” while the title “Cognitive control, hierarchy, and the rostro–caudal organization of the frontal lobes” received a very low amusement score.

The results of this study showed that a title’s amusement rating was slightly correlated with a higher download rate, but in contrast to the previous experiment, there was no association with the number of citations received. There was, however, an interesting relationship among title length, citations, and journal impact score: “Our findings fully support the notion that journal impact plays the key role here, as it seems that shorter title articles tend to get more citations since they are published more often in higher impact journals and articles from higher impact journals tend to receive more citations.”

Subotić and Mukherjee suspect that an amusing title may lead more people to give the article a look (hence the slightly higher download rate), but ultimately has minimal impact on the paper’s citations.

But based on the admittedly small scale of research on humor and scientific journal titles, authors shouldn’t let these findings have a major influence on their titles just yet, Subotić and Mukherjee suggest.

“[A] tentative recommendation supported by our findings would be to preferably keep the title short and amusing, within common sense and good taste, and that colon usage probably does not matter,” they advise.

Learn more about APS’s own journals.

The Science of Humor Is No Laughing Matter

Laugh it up! Humor is universal across human cultures — and fuels psychological research on everything from social perception to emotion regulation.

Naïve participants were highly accurate at judging an individual’s social rank just by listening to their laughter.

What Do Ghosts Feel?

In a bit of Halloween hilarity, APS Past Board Member Lisa Feldman Barrett and humorist Daniel J. Barrett make the case for extending emotion research into the spirit world.