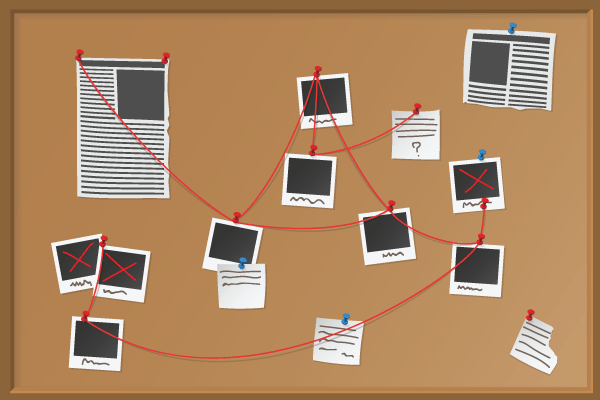 Throughout 2021, the Observer will feature a special section dedicated to communicating psychological science, why it matters, and what can be done by APS and you, our members, to improve understanding and awareness of psychological research.

From claims about election fraud to warnings about microchips in vaccines, social media sites have been flooded with a tsunami of misinformation and ever-more-outlandish conspiracy theories.

Some of these claims are harmless, like the urban legend that humans use only 10% of their brains. Others are dangerous delusions that can pose major public health risks, like claims that vaccines can cause autism. No matter how often these nonscientific claims are debunked, however, they continue to influence broad sectors of the public.

People love to think that “the facts speak for themselves,” but they don’t. They need an advocate.

A recent and ominous example of the staying power of misinformation is the wide-ranging conspiracy theory known as QAnon, which is based, in part, on the belief that former U.S. President Donald Trump is working behind the scenes to combat an evil cabal of pedophiles and deep-state operatives. QAnon was once a fringe group, but an NPR and Ipsos poll found that 17% of Americans believed the group’s claim that “a group of Satan-worshiping elites who run a child sex ring are trying to control our politics and media” (Rose, 2020).

The allure of conspiracy theories

What makes these and other nonsensical theories so compelling to otherwise sensible people?

In a 2020 Backgrounder interview, APS Fellow Karen Douglas, a professor of social psychology at the University of Kent in the United Kingdom, explained that “the psychological research to date suggests that people are attracted to conspiracy theories when important psychological needs are unsatisfied.” She went on to note that such people are looking for knowledge and clarity about important events. They also need to feel secure and in control of their surroundings and to maintain a positive image of themselves and the groups they belong to.

As renowned skeptic Michael Shermer noted in a 2006 TED Talk about why people believe weird things, “there’s a lot of bunk out there.” The question is, what can we do about it?

The first thing to realize is that people do not come to hold illogical beliefs by hearing logical arguments. In a 2010 talk titled The Goals of Skepticism, author and astronomer Phil Plait asked his audience whether they’d once held any beliefs they were now skeptical about. He then asked, “How many of you no longer believe in those things and became a skeptic because somebody got in your face, screaming, and called you an idiot?” Responses from the self-identified group of skeptics made it clear that none of them had.

Even when faced with outlandish claims, changing minds cannot begin with taking sides. In a recent interview with the Observer, Plait expanded on this idea: The number one mistake people make when countering misinformation is thinking that simply reciting facts will sway them. People love to think that “the facts speak for themselves,” but they don’t. They need an advocate. And the best way to do that is to frame them in a way the person will be open to.

In the end, facts and data cannot easily change beliefs and ideas that people have a strong emotional connection to, particularly when those beliefs are tied to a group identity. In an article published in Psychological Science, Igor Grossmann and his colleagues studied how training can help people deal with social conflicts by embracing characteristics that psychological scientists associate with wisdom, like intellectual humility and open-mindedness. The results showed that the training improved people’s responses to social conflict—which supports Plait’s observation that a confrontational approach to resolving conflicts can instead entrench opposing views.

Though no one technique can change a deeply held belief, here are some of the tips provided by Hilda Bastian, chief editor of PubMed Health and PubMed Commons, in a PLOScast podcast.