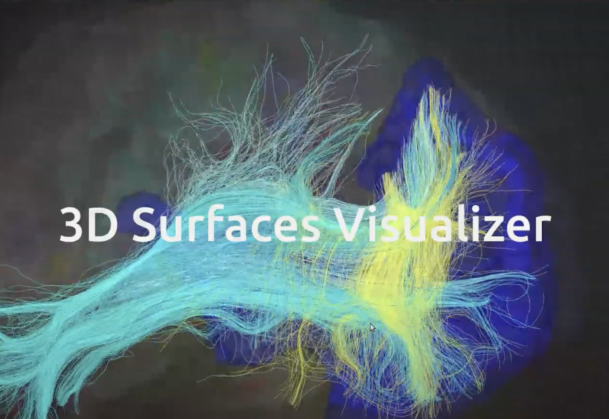 Good research methods and practices are essential for the advancement of scientific psychology. This department provides tutorials and easy-to-use checklists featuring new as well as tried-and-true research practices, methodological approaches, and statistical solutions.

Brainlife.io is a free and easy-to-use platform that enables researchers to analyze and reuse complex neuroscience data. The platform was developed almost 3 years ago by the Pestilli Lab, then at Indiana University. It emerged from the idea for an online hub where researchers could collaborate using modern technology to reduce human errors in data management, such as mismatched files or accidental changes in statistical procedures, as well as to analyze data and reuse previously published analyses in an efficient way, according to Franco Pestilli, now at the University of Texas at Austin.

Manage data, processing, and results. Share projects privately with collaborators or publicly with the Brainlife.io community.

Use already-developed apps to manage and analyze neuroscience data.

A unique analyses-management mechanism enables the easy submission and monitoring of thousands of processes, allowing for big data and high scalability.

Provides a set of visualization tools for different types of data. Developers can launch their tools using any data set hosted on the platform.

Ensures that scientific results are reproducible by tracking the history of each data set, including input and output data files, app versions and configuration parameters, and the computer resources used to generate the data set.

Automatically create a single record preserving apps and data referenced by a unique DOI. These publications are archived securely for long-term preservation.

With about 1,500 users and counting, Brainlife.io serves the whole world, Pestilli said. And although the platform might not help researchers understand complex analyses, it can help them make fewer mistakes when conducting those analyses. “I can only make a good scientist better by helping them spend more time on their science instead of on managing all the software analyses,” he said.

Pestilli is among a growing number of researchers pushing for more structure in how they share assets. Brainlife.io makes it possible to safely share analytical code, neuroimaging data, and computing resources, thus contributing to the reproducibility of neuroscientific findings.

In addition, the platform contributes to new discoveries in already-collected data. “We created this concept of upcycling data by connecting the data with the code used to analyze it into a unified construct that can stay together on the web,” Pestilli said.

“It doesn’t just run on your computer. It’s on the web, it’s a hub, and can administer and coordinate computing on different machines and different centers,” Pestilli explained. Moreover, because the platform can compute on private or public computers, researchers can also share their own computing resources.

Another feature of the platform is the use of containerization, a technology that bundles applications together with all of their related files and allows them to run in an efficient way across different computers. Containerization creates “a tiny version of your computer and makes it into a software image so you can shift the computer around,” Pestilli explained. In practice, this makes it easy for researchers to run other researchers’ analyses without having to install anything in their computers. “You can just use that tiny version of my computer,” he said. “And if I made it work, you can make it work right away.”

The future is in the cloud

One of the goals of Brainlife.io is to move people—and their computers—out of their labs and into a common space where ideas, data, analysis, and errors and breakthroughs can be shared openly. Pestilli described the role that the cloud and new technologies might play in the future of scientific research. “Researchers are still a little fearful of getting their data out in the open,” he said. “But I think that fear is going to crack because of the need for reproducibility and transparency in psychological science, neuroscience, and other disciplines.” Projects like Brainlife.io, he said, “can really provide a window on the opportunities that can be opened by embracing these new technologies.”