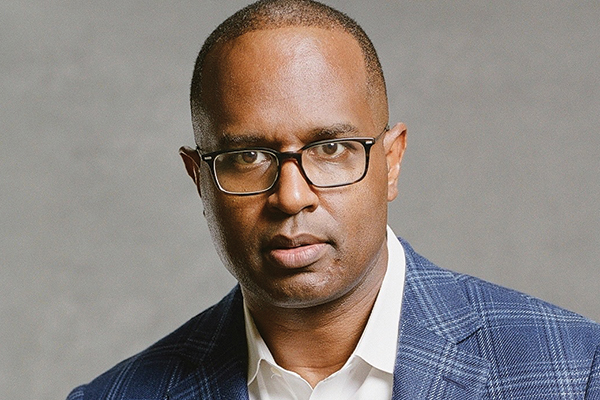 In his new book, Buzz!, clinical psychologist and Oxford College of Emory University professor Ken Carter gets inside the minds of thrill-seekers, daredevils, and adrenaline junkies.

What led to your scientific interest in high-sensation-seeking personalities?

While working on a book about people I call “chaos junkies,” I became fascinated with Marvin Zuckerman’s research into the sensation-seeking personality trait. I abandoned my original plan and began a translational piece about this fascinating personality trait that I think is even more prevalent in society today.

Why do you think this trait has become more prevalent?

We’ve always had high sensation-seeking people, and I think we’re seeing them more because of social media—where they’re learning new things, getting reinforced for doing them, and sometimes even making a living. I just noticed that the Summer 2020 Olympics is adding a few new sports, and three of them high sensation-seeking sports: sport climbing, surfing, and skateboarding.

In your earlier work at the CDC, you focused on smoking as a risk marker for suicidal behaviors in adolescence. How did that inform the research you’re doing now?

I’ve always had an interest in looking at the whole person, at behaviors as indicators of who someone is as a person. The idea behind some of my research at CDC was to encourage primary care physicians to ask younger smokers about other kinds of risky behaviors they engaged in. It’s the same sort of thing with high sensation-seeking behaviors. Whether rock climbing or eating unusual foods, these are not just something a person does, it’s part of who they are as an individual.

Using Marvin Zuckerman’s definition, you’ve said sensation-seeking has four components: thrill and adventure-seeking, experience-seeking, disinhibition, and boredom susceptibility. Are there distinct differences or similarities among people who exhibit any or all of these characteristics?

As I see it, the first two components—thrill and adventure-seeking (the idea of doing dangerous things) and experience-seeking (sensation-seeking of the mind and the senses)—give an idea of the kind of sensation-seeking a person might do. The last two components—disinhibition and boredom susceptibility—tell you how much trouble the person might get themselves into. Thrill-seekers are often just susceptible to boredom. If you have low boredom susceptibility, by comparison, you might do the same high sensation-seeking things over and over again.

People who are wingsuit fliers or ice climbers spend months practicing and training before they do things that look really reckless. But they’re not necessarily reckless, they’re really well-trained individuals who may have low levels of boredom susceptibility and disinhibition.

What characteristics determine whether an individual will develop into a thrill-seeker?

Zuckerman created something known as the sensation-seeking scale, which goes from zero to 40 (I’m an eight, which is fairly low!). Some estimates say that about 58% of this characteristic tends to be genetic. For instance, high sensation-seekers don’t necessarily experience chaos and stress the same way as most of us. In chaotic experiences, they don’t release as much cortisol, and they don’t even perceive those chaotic experiences as being that stressful. If they’re in their cars darting in and out of traffic, their bodies don’t necessarily produce as much cortisol, but they might be producing higher levels of dopamine (a neurotransmitter associated with pleasure).

By comparison, someone like me would produce a lot of cortisol but not necessarily much dopamine. I’m not feeling great in those stressful situations. It’s easier for me to get overwhelmed.

Can we learn to control these characteristics—can we turn them up or turn them down to our advantage?

Somewhat. Habituation can always kick in. If I ride a roller coaster 50 times, I’m going to be less scared the 50th time. But I’m not going to experience the same kind of safe thrill as a high sensation-seeker might. On the other hand, someone like me has certain advantages that some high sensation-seekers don’t. I have low levels of boredom susceptibility; I don’t get bored that often, and that may be my superpower.

What kinds of superpowers do thrill-seekers have?

Number one is the ability to be calm and focused in the midst of chaotic experiences. Imagine if you’re a pilot landing a plane in an emergency situation, or an emergency room physician or nurse, or a first responder in a chaotic situation. Not producing much cortisol helps you stay calm and focused so your training can kick in.

Those same superpowers can be dangerous or lead to regrettable behaviors. Is that something that these individuals, when they are self-aware, can they control them?

Sometimes. Some research suggests that high sensation-seekers at times have lower levels of emotional intelligence; they may not understand that other people don’t experience the world the same way they do. They may not know when they’re doing things that put others in situations that can feel overwhelming. If they’re driving really fast and darting in and out of traffic, you might be terrified, but they may think it’s a perfectly safe environment and not understand why you’re so frightened. This may be one area of public scholarship where my book may be helping. I’ve gotten emails from high sensation-seekers tell me, “Oh, I get it now. I get why my friends are so terrified when I’m driving now.” It’s helping them understand themselves and helping other people to understand them as well.

What are some of the real-world applications of better understanding people who perform their best in highly stimulating and emotionally charged environments?

At the end of the day, the most exciting benefit is our knowledge that these individuals aren’t weird or unusual. We’re just getting a better understanding of ourselves and others. I think that’s also the most important thing about what we learn from psychology too. All the work we do helps us to understand ourselves and the world in a better way. This is another way to shine the light on the work that we all do everyday as psychologists.