APS Past President Mahzarin R. Banaji, of Harvard University, along with APS Fellows Richard B. Ivry of the University of California, Berkeley, and Steven A. Pinker of Harvard University, are recipients of the 2016 William James Fellow Award, which recognizes their lifetime of contributions and basic psychological science. Ivry and Pinker will deliver award addresses about their work at the 2016 APS Annual Convention, May 26–29, in Chicago, Illinois, while Banaji will be honored with a symposium at the 2017 APS Annual Convention in Boston, Massachusetts. 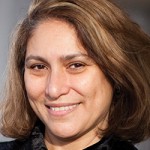 Banaji is a social psychologist and a professor of social ethics at Harvard’s Department of Psychology. For more than 30 years, she has studied the unconscious thoughts and feelings people have about themselves and others, spurring questions about individual responsibilities to social justice. She uses neuroimaging (fMRI) as well as cognitive, affective, and behavioral measures in her work. Currently, her research aims to improve organizational practices based on implicit cognition and social cognition research. She has been awarded such honors as Yale’s Lex Hixon Prize for Teaching Excellence and the Morton Deutsch Award for Social Justice. (To see Banaji’s “Inside the Psychologist’s Studio” interview, click here.) 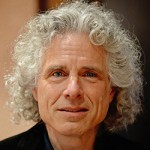 Pinker is a cognitive scientist and linguist who, over the course of a 35-year career, has put forward a comprehensive explanation of language and its connections to cognition, social behavior, development, and writing, among other phenomena. He also is a renowned science writer who has published popular articles and books on cognitive science and language. Pinker will speak on “The Elephant, the Emperor, and the Matzo Ball: Common Knowledge as a Ratifier of Human Relationships.”  (To see his APS–David Myers Distinguished Lecture on the Science and Craft of Teaching Psychology at the 2015 APS Annual Convention, click here. To see Pinker’s “Inside the Psychologist’s Studio” interview, click here.) 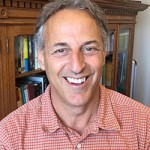 Ivry is a cognitive psychologist who studies how people learn to act and how they think about, plan, and execute movements. He uses neuroscience and behavioral measures to study movement and action in both normal and neurologically impaired individuals in order to achieve a deeper understanding of how movement works in humans. One of Ivry’s many contributions to psychological science is his theory of the role that the cerebellum plays in the timing of fluid movements. He will speak on “Embodied Decision Making: Actions Speak Louder Than Words.”