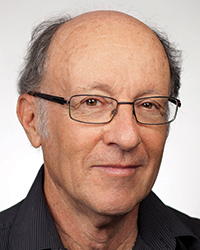 APS Fellow Lynn Nadel’s scientific exploration of the hippocampus has led to groundbreaking developments in understanding how space and memory are represented in the brain. He coauthored the seminal book The Hippocampus as a Cognitive Map with John O’Keefe. Together, they received the 2006 Grawemeyer Award to honor their outstanding ideas in psychology that have had broad impact. I am delighted that Lynn Nadel will deliver the Fred Kavli Keynote Address on May 24, 2018, at the 30th APS Annual Convention in San Francisco.

To give students and young researchers a flavor for the professional path that one takes in building a career in psychological science, I asked Lynn — the Regent’s Professor of Psychology at the University of Arizona — about his journey through the science of spatial memory. It is both instructive and inspiring to learn that Lynn’s path to his outstanding career and scientific contributions has not always been straightforward but his commitment to science has never wavered. -APS President Suparna Rajaram 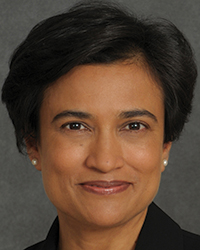 What piqued your interest in the general area of your research?

As a graduate student in Donald Hebb’s Psychology Department at McGill University in the 1960s, and interacting on a regular basis with Peter and Brenda Milner, it was impossible not to be interested in memory and in how the brain did it — with a particular focus on the hippocampus, of course.

Can you share with us a little about your educational path, and whether/how it led you to pursue research in psychological science?

I went to Stuyvesant High School in New York, then to McGill as an undergraduate student because it had a great chemistry program (my interest in which lasted less than a semester). Taking Hebb’s Introductory Psychology course was all I needed to jump head first into biological science in general and psychology in particular.

Did you take any detours along the journey to where you are today, and if so, how would you describe the significance of these markers?

What have been the most exciting parts of your scientific career?

The 6 years I spent at University College London on the academic staff in the Department of Anatomy, working with my friend from graduate school and now colleague​ John O’Keefe on the development of the cognitive map theory of hippocampal function, was a period of intense intellectual excitement and a fantastic match between two minds. Nothing is more fun than that kind of collaboration. I had a similar experience with Morris Moscovitch while he was on sabbatical in Arizona for a year.

Did you face any obstacles in pursuing your scientific projects?

Not having a real job was definitely an obstacle on occasion. Having five kids was not exactly an obstacle, but it certainly demanded lots of my time, especially as I was a single father for a good number of years.

How have you balanced research demands with teaching and administrative responsibilities?

Not very well. When I look back at my CV during the years I was department head at Arizona, I can see that I paid a price in personal productivity. But I got great satisfaction out of helping to build a strong department with wonderful colleagues and doing things to help them succeed. I’m now Chair of the Faculty at Arizona, a very demanding position, and it’s a good thing it has come at what is certainly the end stage of my academic career.

What/who have been major influences in your academic career?

What’s been your guiding compass in your academic career?

What advice do you have for handling rejections from journals?

Go home, have whatever you have to relax. Eat a good meal, go see a stimulating movie. Then revise the paper and submit it somewhere else.

What advice, in general, would you give budding scientists around the world?

Make communicating what you do to the public a central part of your training and your approach to science as you begin and continue your careers.