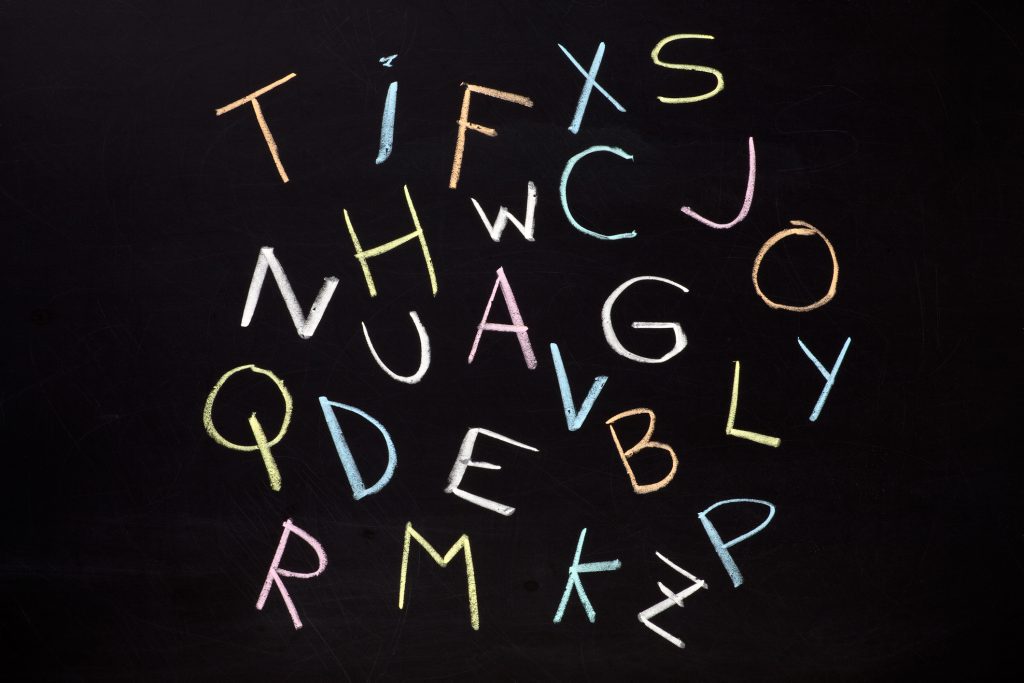 We open our inboxes to find emails with the subject lines “Visit with CTSI/CRC and CHEP,” “DARPA — Next Generation Social Science (NGS2) program — Proposer’s day,” and, mysteriously, “HIPPA: BOYD.” We suspect that this experience is all too familiar to academic psychologists and to members of any group that relies heavily on abbreviations and jargon in its communication.

Abbreviations are all too common in scientific communication and are mostly unnecessary; this is reason enough for conscientious writers to avoid them. In many cases, they can confuse and alienate unfamiliar audiences, and even well-intentioned writers and speakers may overestimate an audience’s familiarity with abbreviations.

Abbreviations shouldn’t be completely avoided, but using them as a default can be problematic. Mindful writers will notice that most abbreviations are unnecessary and will choose to replace them with the meaningful words that underlie them.

The term acronym is often misused to refer to any arrangement of letters that stand in for full words, such as PTSD, DV, or GPS. However, words like these actually are termed initialisms. The technical definition of an acronym only encompasses abbreviations that are pronounced as words, such as POTUS, FEMA, or NAFTA. Here we will use the umbrella term abbreviation to refer to both acronyms and initialisms.

Given their ubiquity both within and beyond academic writing, it is reasonable to assume that abbreviations serve a function. In our view, there are three broad reasons why people use acronyms:

“Despite its initial justification of economizing materials and time, the use of abbreviations and acronyms now appears more likely to fulfill the World War II purpose of hiding written information, particularly from the ‘prying eyes’ of scientists, physicians, and researchers,” Brumback concluded. “It is puzzling why scientists would want to erect barriers to the understanding of their studies by publishing articles with abbreviations that make reading difficult for anyone not intimately familiar with that specific field.”

Abbreviations saddle a reader with the chore of deciphering the meaning of words that could simply have been spelled out.

In his 2014 book The Sense of Style: The Thinking Person’s Guide to Writing in the 21st Century, APS William James Fellow Steven A. Pinker of Harvard University reiterates the importance of writing things out, and illustrates a common and frustrating experience with abbreviations:

[W]riters forget that the few seconds they add to their own lives come at the cost of many minutes stolen from the lives of their readers. I stare at a table of numbers whose columns are labeled DA DN SA SN, and have to flip back and scan for the explanation: Dissimilar Affirmative, Dissimilar Negative, Similar Affirmative, Similar Negative. Each abbreviation is surrounded by many inches of white space. What possible reason could there have been for the author not to spell them out? (p. 64)

Other writing style guides repeat the same wisdom. One especially interesting case is the American Chemical Society’s ACS Style Guide, which, without apparent irony, advises writers to “avoid abbreviations in the title of a paper.” 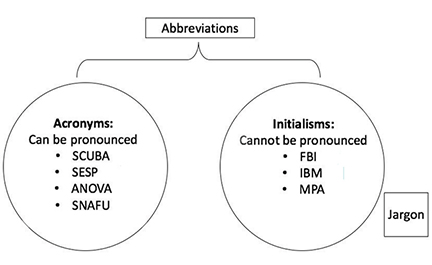 The American Psychological Association’s publication manual (2009) is also clear: “To maximize clarity, use abbreviations sparingly” (p. 106). The manual’s phrasing is reminiscent of the Food Guide Pyramid, which instructs us to consume fats, oils, and sweets “sparingly.” The parallel is fitting: Just as fats, oils, and sweets provide very little in the way of actual nutrition, so too do abbreviations provide very little in the way of actual information. Pinker’s DA, DN, SA, and SN are without meaning. Instead, the actual meaning must be retrieved from wherever it was first identified (assuming a definition appears at least once) or from the reader’s mind (assuming they happen to be in on the jargon). This situation can be avoided by simply defaulting to the spelled-out versions of phrases.

One might think, “Okay, unfamiliar abbreviations are difficult for audiences to digest. I will limit myself to using only abbreviations that are familiar to others.” This is an understandable thought, but we advise caution in letting yourself believe that a given phrase is sufficiently familiar to abbreviate. The difficulty is that people are subject to the curse of knowledge: it is hard, if not impossible, to imagine what it is like to not know something. A writer is likely to overestimate both the number of audience members who are even somewhat familiar with the abbreviation, and also the overall degree of familiarity for those who have even heard of it. This applies to abbreviations that already exist, and it applies especially to abbreviations that are christened by an author for a single work.

Very subtle reminders that one is an outsider can be sufficient to trigger feelings of ostracism. Findings from a 2010 study led by Simon Fraser University social psychologist Michael T. Schmitt provide an example. Schmitt and colleagues found that when non-Christian participants were exposed to a Christmas display, they reported reduced feelings of inclusion, which in turn predicted reduced self-esteem. Similarly, a study in the University of Massachusetts Amherst lab of APS Fellow Nilanjana Dasgupta showed that when women read a job ad that described the position with gender-exclusive language (e.g., “We usually know a good employee when we see him”), they reported reductions in feelings of belonging, self-esteem, control, and meaningful existence and were less interested in pursuing the job.

A Problem With a Solution

Scientific writing is technical and can be difficult to read and interpret even for seasoned veterans. Why make matters worse by collapsing meaningful words into abbreviations? The solution is simple: Spell out abbreviations on each use.

True, abbreviations for such phrases as analysis of variance, automatic teller machine, and implicit association test are so widely used and recognized that they effectively become words themselves. However, while it may sound extreme at first, the world would not end if we replaced even ANOVA with analysis of variance. In many research reports, the term is used only a few times, and it may not hurt readers to be reminded that the analysis is doing just that: making sense of patterns of variance. Similarly, other acronyms that are highly familiar to the writer may only appear a few times in a piece, and the work is hardly compromised by spelling them out.

More to the point, however, we acknowledge that some abbreviations, to some audiences, are processed as efficiently as the spelled-out words, whereas other abbreviations are unfamiliar, burdensome, and alienating. The difficulty is in anticipating the reader’s level of knowledge and accurately guessing whether they will be familiar with the terms. Writers would be well-advised to strongly distrust their own intuitions about how familiar their audience is with the abbreviations (or indeed how narrow their audience may become when the abbreviations are used). Writers avoid this dilemma when instead they default to fully written-out phrases. In some cases, it may be appropriate to use an abbreviated form of a phrase, but this should be the exception, not the default, and should only be done when the communicator has evidence that the abbreviation will be understood and processed fluently.

Abbreviations are mentally taxing on a reader and can
incidentally alienate an audience. By simply replacing them with the words that they stand for, we greatly improve our communication. The field of psychological science is moving toward increased openness in scientific practices. While we are at it, let us consider also making our writing more open and easily accessible. 

1    An interesting exception to this is the spoken “www,” which Douglas Adams (2002) observed has three times as many syllables as “World Wide Web.”

Sarah Gaither shares how her experiences as a biracial individual have informed her psychological research on identity.