Fans of the old sitcom Seinfeld will recall Mr. Bookman, the well-named New York Public Library investigator who relentlessly pursues Jerry for failing to return a library book that he checked out two decades before. Jerry borrowed the book, Tropic of Cancer, in 1971, and when Mr. Bookman finally tracks him down, the mere mention of that year sends the library cop off on a sweeping moral tirade on the degradation of civilized culture: “Yeah, ’71 . . . bad year for libraries. Bad year for America. Hippies burning library cards. Abby Hoffman telling everybody to steal books. I don’t judge a man by the length of his hair or the kind of music he listens to. . . . But you put on a pair of shoes when you walk into the New York Public Library, fellah.”

Mr. Bookman’s angry crusade clearly goes beyond library fines. It’s personal. He doesn’t like Jerry, or anything he represents, which he sums up as “flashy, making the scene, flaunting convention.” For him, stealing library books is not an abstract moral violation. It’s an insult to all that’s sacred and decent about America, and disgusting on the most primitive, visceral level.

Mr. Bookman is a parody, of course—a parody of overly moralistic conservatives. But does the caricature capture some essence of conservative moral reasoning? New research suggests that may be so. Conservative and liberal minds, it appears, may be fundamentally different psychologically—with conservatives much more sensitive to everyday triggers for physical disgust, and much more likely to comingle repulsion and moral judgment.

The new work comes from three psychological scientists at the City University of New York—Kendall Eskine, Natalie Kacinik and Jesse Prinz—who started off exploring a possible connection between taste and morality. A recent and growing body of research is showing that thinking and judgment can be powerfully influenced by the body and its interaction with the world. Everything from cleanliness to temperature can shape the way we think and feel, and the CUNY scientists wondered if taste might similarly mold our thoughts about right and wrong.

So they did a simple test. They recruited a group of volunteers for a study of arm-hand movements, and as part of that study they asked them to very quickly pick up and drink a “shot” of beverage. In fact, the motion study was a ruse, a cover for the actual study. For that, some of the volunteers drank water, while others drank a sweet punch and still others a bitter herbal supplement. The idea was to see if taste influenced emotions—especially disgust—which in turn shaped moral judgment. 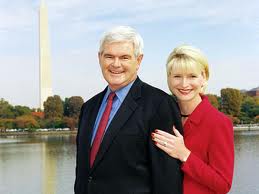 They measured moral judgment using several vignettes involving transgressions. One of these vignettes had to do with, yes, unreturned library books. Others focused on corrupt politicians, shoplifters, ambulance-chasing lawyers, a man eating his dead dog, and second cousins having sex. In each case, the volunteers rated the acts on a continuum from “extremely morally wrong” to “not at all morally wrong.” Finally, the volunteers noted whether they considered themselves politically liberal or conservative.

When they analyzed all the data, the results were unambiguous. As reported on-line in the journal Psychological Science, taste dramatically influenced moral judgment, such that physical disgust resulting from the bitter drink led to much harsher moral judgments. What’s more, self-identified conservatives who drank the bitter drink were much more judgmental than conservatives who drank sweet punch or water. Liberals’ moral judgments were unaffected by what they drank.

Why was this effect more pronounced in people espousing conservative politics? It’s not entirely clear, but one possibility is that disgust, as an emotion, is closely connected with one’s sense of purity—and its violation. Purity norms are more prevalent in conservative than in liberal morality. This also fits well with the fact that most people can’t articulate the reasons for their moral positions: When pressed for rationales, most people concede that this or that act simply “feels” right or wrong—much as Jerry’s overdue book upset Mr. Bookman at his very core.

Wray Herbert’s book, On Second Thought: Outsmarting Your Mind’s Hard-Wired Habits, discusses moral reasoning and moral emotions in detail. Excerpts from his two blogs—“We’re Only Human” and “Full Frontal Psychology”—appear regularly in The Huffington Post and in Scientific American Mind.

News > We're Only Human > From Bitter to Wrong: Conscience of a Conservative

This research makes me wonder what comes first, attitudinal sensitivity to sense of taste or the political attitude. I wonder if there are other kinds of moral judgments that could react with taste in liberals. Also, I wonder if the bad taste effect was really specific to bad taste of to acute personal discomfort, so that other forms of discomfort might produce the same effect.

In attributional theory liberals are thought to attribute people’s behavior more to situational factors than to dispostional factors, compared with conservatives. It would be interesting to find out if there is a connection between reactions to bad tastes and atrributions of control.

Given Haidt’s research on the affective origins of moral judgment, one could interpret this study to mean that conservatives actually have stronger moral standards than liberals. Of course, this interpretation won’t be popular in academic psychology, where conservatism is treated as something that needs “explaining,” the implication being that it’s abnormal and deviant. This is, of course, a species of bigotry all too common in academia.
The typical contrast between “liberal” and “conservative,” incidentally, is a vast oversimplification of the domain of political ideology and is also all too common.
Jack Feldman, APS Charter Fellow
Professor Emeritus, Georgia Institute of Technology

“The Case for Implicit Associations: Teaching Students What Lurks Beneath Their Awareness” by Nathan DeWall and “Can Cognitive Flexibility be Learned?” by Cindi May and Gil Einstein. More