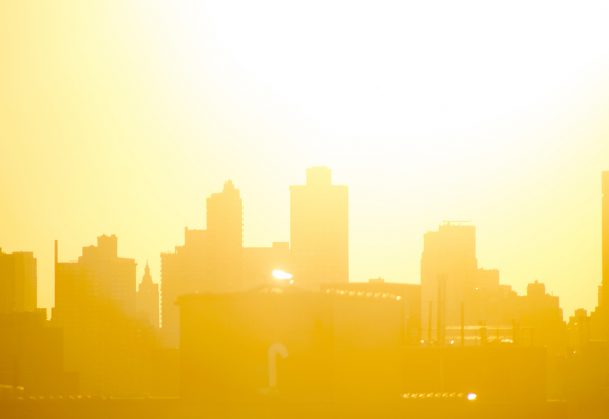 Social scientists are struggling with a perplexing earth-science question: as the power of evidence showing manmade global warming is rising, why do opinion polls suggest public belief in the findings is wavering? Part of the answer may be that some people are too easily swayed by the easiest, most irrational piece of evidence at hand: their own estimation of the day’s temperature.

In three separate studies, researchers affiliated with Columbia University’s Center for Research on Environmental Decisions (CRED) surveyed about 1,200 people in the United States and Australia, and found that those who thought the current day was warmer than usual were more likely to believe in and feel concern about global warming than those who thought the day was unusually cold. A new paper describing the studies appears in the current issue of the journal Psychological Science.

“Global warming is so complex, it appears some people are ready to be persuaded by whether their own day is warmer or cooler than usual, rather than think about whether the entire world is becoming warmer or cooler,” said lead author Ye Li, a postdoctoral researcher at the Columbia Business School’s Center for Decision Sciences, which is aligned with CRED. “It is striking that society has spent so much money, time and effort educating people about this issue, yet people are still so easily influenced.” The study says that “these results join a growing body of work show that irrelevant environmental information, such as the current weather, can affect judgments. … By way of analogy, when asked about the state of the national economy, someone might look at the amount of money in his or her wallet, a factor with only trivial relevance.”

Ongoing studies by other researchers have already provided strong evidence that opinions on climate and other issues can hinge on factors unrelated to scientific observations. Most pointedly, repeated polls have shown that voters identifying themselves as political liberals or Democrats are far more likely to believe in human-influenced climate change than those who identify themselves as conservatives or Republicans. Women believe more than men, and younger people more than older ones. Other, yet-to-be published studies at four other universities have looked at the effects of actual temperature—either the natural one outside, or within a room manipulated by researchers—and show that real-time thermometer readings can affect people’s beliefs as well. These other studies involve researchers at New York University, Temple University, the University of Chicago and the University of California, Berkeley.

In the current paper, respondents were fairly good at knowing if it was unusually hot or cold–perceptions correlated with reality three quarters of the time—and that the perception exerted a powerful control on their attitude. As expected, politics, gender and age all had the predicted influences: for instance, on the researchers’ 1-to-4 scale of belief in global warming, Democrats were 1.5 points higher than Republicans. On the whole though, after controlling for the other factors, the researchers found that perceived temperatures still had nearly two-thirds the power as political belief, and six times the power as gender, to push someone one way or the other a notch along the scale. (The coming NYU/Temple study suggests that those with no strong political beliefs and lower education are the most easily swayed.)

In one of the studies described in the paper, the researchers tried to test the earnestness of the responses by seeing how many of those getting paid $8 for the survey were willing to donate to a real-life charity, Clean Air-Cool Planet. The correlation was strong; those who said it was warmer donated an average of about $2; those who felt it was cooler gave an average of 48 cents.

The researchers say the study not only points to how individuals’ beliefs can change literally with the wind. Li says it is possible that weather may have influenced recent large-scale public opinion polls showing declining faith in climate science. Administered at different times, future ones might turn out differently, he said. These polls, he pointed out, include the national elections, which always take place in November, when things are getting chilly and thus may be empowering conservative forces at a time when climate has become a far more contentious issue than in the past. (Some politicians subsequently played up the heavy snows and cold of winter 2009-2010 as showing global warming was a hoax—even though scientists pointed out that such weather was probably controlled by short-term atmospheric mechanisms, and consistent with long-term warming.) “I’m not sure I’d say that people are manipulated by the weather. But for some percentage of people, it’s certainly pushing them around.” said Li.

The Brain Inside Out: 2020 Kavli Keynote Address Shines Light on Cognition