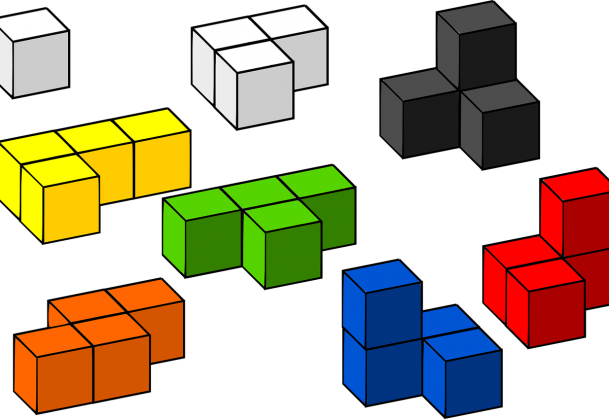 Unwanted, intrusive visual memories are a core feature of stress- and trauma-related clinical disorders such as posttraumatic stress disorder (PTSD), but they can also crop up in everyday life. Recent research shows that even once intrusive memories have been laid down, playing a visually-demanding computer game after reactivating the memories may reduce their occurrence over time.

“This work is the first to our knowledge to show that a ‘simple cognitive blockade’ could reduce intrusive memories of experimental trauma via memory reconsolidation processes,” says senior study author Emily Holmes of the Medical Research Council Cognition and Brain Sciences Unit in the UK. “This is particularly interesting because intrusive memories are the hallmark symptom of PTSD.”

“Currently, there are recommended treatments for PTSD once it has become established, that is, at least one month after the traumatic event, but we lack preventative treatments that can be given earlier,” says Holmes.

“If this experimental work continues to show promise, it could inform new clinical interventions for consolidated memories that could be given a day or so after trauma to prevent or lessen the intrusive memories over time.”

Most people who have experienced a traumatic event don’t end up developing PTSD, but they often experience repeated intrusive visual memories of certain moments from the event in vivid detail. Someone who has been involved in a road traffic accident, for example, might continue to re-experience the moment of impact, seeing vividly in their mind’s eye the moment a red car crashed into them.

Previous research has shown that people who played the computer game Tetris shortly after viewing film of traumatic events experienced fewer intrusive memories over the following week, when they played within 4 hours of viewing the footage. But it’s unlikely that many people would be able to receive such immediate treatment following a traumatic event in the real world, so Holmes and colleagues wanted to see whether they might be able to use a similar cognitive procedure to change older, already established memories a day later.

The research draws on existing memory work exploring the theory of reconsolidation as a way of making established memories malleable and vulnerable to disruption, following the reactivation of that memory. They hypothesized that playing Tetris – an engaging visuospatial task – after memory reactivation would create a “cognitive blockade” that would interfere with the subsequent reconsolidation of visual intrusive memories. As a result, the frequency of intrusive memories would be reduced over time.

In two experiments, the researchers had participants view films that contained scenes of traumatic content (for example, footage highlighting the dangers of drunk driving) as a way of experimentally inducing intrusive memories. Participants then returned to the lab 24 hours after watching the film. Using film footage as a form of experimental trauma is a well-established technique for studying reactions, such as intrusive memories, in a controlled setting.

In the first experiment, half of the participants had their memories of the film reactivated by viewing selected stills from the film footage, followed by a 10-minute filler task, and then 12 minutes of playing Tetris; the other participants completed only the filler task and then sat quietly for 12 minutes.

A second experiment with four groups replicated the findings from first experiment. Importantly, it revealed that neither reactivation nor Tetris was enough to produce these effects on their own — only participants who experienced both components showed fewer intrusive memories over time.

“Our findings suggest that, although people may wish to forget traumatic memories, they may benefit from bringing them back to mind, at least under certain conditions — those which render them less intrusive,” says study co-author Ella James of the Medical Research Council Cognition and Brain Sciences Unit and the University of Oxford.

“We hope to develop this approach further as a potential intervention to reduce intrusive memories experienced after real trauma, but we are keen emphasise that the research is still in the early stages and careful development is needed,” says Holmes. “Better treatments are much needed in mental health.  We believe the time is ripe to use basic science about mechanisms — such as research on memory reconsolidation — to inform the development of improved and innovative psychological treatment techniques.”