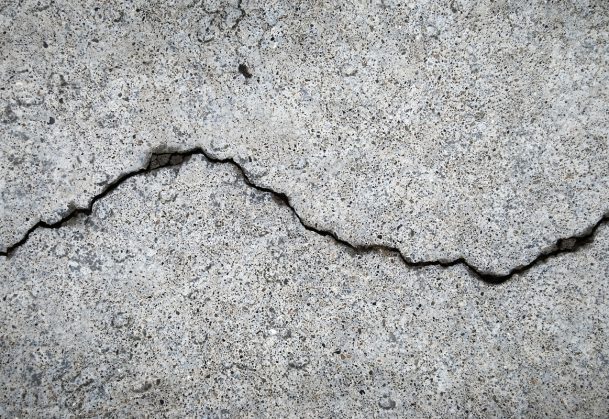 Scientific research has shed new light on dissociative symptoms and dissociative identity disorder, formerly known as multiple personality disorder. This condition seems to arise most often when a vulnerable person meets a therapist with a suggestive line of questioning or encounters sensationalized media portrayals of dissociation. Research shows that people with rich fantasy lives may be especially susceptible to such influences.   A new article published in Current Directions in Psychological Science, a journal of the Association for Psychological Science, suggests a mundane but surprising reason why some people might be vulnerable to dissociation: sleep problems.

The pop psychology belief is that patients develop multiple personalities to cope with traumatic experiences in their past, especially child sexual abuse. But this assumption isn’t supported by scientific evidence, says Steven Jay Lynn of Binghamton University, who cowrote the new paper with Scott O. Lilienfeld of Emory University and Harald Merckelbach, Timo Giesbrecht, and Dalena van der Kloet of Maastricht University in the Netherlands. Many people with dissociative disorders  do say they were abused as children, but that doesn’t mean abuse caused their condition.

A more likely explanation, Lynn says, is that dissociative identity disorder arises from a combination of cues, from therapists and from visions of multiple personalities in the media. A vulnerable person can be guided by therapists who use hypnosis or ask leading questions, like “Is there another part of you who I haven’t spoken with?” Through that kind of suggestive therapy technique, people might start to think their mood changes, confusion, and impulsive actions happen because they have multiple selves living in the same body—when they begin psychotherapy with more run-of-the-mill psychological problems.

Lynn and his colleagues’ research further suggests that sleep problems may be one reason why some people are more vulnerable to dissociation and dissociative disorders. In one study, Lynn’s colleagues kept 25 healthy volunteers from sleeping for one night and found they had many more dissociative experiences. This could help to explain a connection between trauma and dissociation, as traumatic memories can disturb sleep. Poor sleep can also impair memory and increase suggestibility, potentially increasing the impact of leading interventions. “We’re not arguing that this is a complete or final explanation,” Lynn says. “We just hope the word will get out and other investigators will start looking at this possibility.”

“We want to educate the many therapists who may be strongly influenced by the traditional model of dissociation not only to think otherwise but to practice otherwise,” Lynn says. Therapists should “be scrupulous in avoiding suggestive approaches—not only with people who may be particularly vulnerable to those procedures, but with people in general who seek help.” Also, he cautions, “if your therapist is trying to convince you that you have multiple personalities, you should find a new therapist.”

I have a friend who has DID and not long ago I told my husband I thought it was a sleep disorder (before reading this). I think parts of the brain sleep and she is living what we would normally call a nightmare. I don’t ask about “others” because I have seen her “split” a lot lately. I’m more concerned with her getting sleep. She seems to never sleep, so I assumed parts of her brain are asleep and other parts are awake. Could this be a possibility? And how on earth can she get compassionate help in the UK? I’m in the US and I feel like she is left without care. She has anorexia, and when she comes back from any doctor appointment they say the same thing: you’re too complex.

So how can someone in the Oldham, Manchester area find help for this and her eating disorder?

As someone who has dissociative issues, this is not accurate. Dissociation is a way to escape pain, etc. Sleep deprivation really sucks to have. Most of it is just conjecture. I have multiple “forms” and my therapists method of treating it was to attempt to side-step it.

My wife upon falling asleep will start talking in something that sounds like Mandrian or Chinese etc. I have learnes that she calla herself Mah Tah. She will sing and talk and laugh, when I ask her a question she will answer but I do not know what she is saying. Her other characteristic is that she doesn’t like to be touched on her breasts, my wife Joan enjoys being touched there, Mah Tha will forcefully remove my hand ane evey slap or spank my hand or arm, and continue to hold my hand forcefully. I worry that some day Joan will not return

I am a person who has DID. I know you are doctors and think you know what your talking about, respectfully you don’t. DID is very real sadly I have a father with DID who’s horrible personality came out to hurt me from a very young age. Now there are many reasons a person might want to believe the not my Dad thing. However, the facial muscle differences, wide eyes, terrorizing part named Ray hurt me because my father created him to take the pain. Even though the brain does this to survive, what goes in usually comes out. The evil done to that part got my Dad back by hurting me someone he loved for years and years. I did not remember till my early 20s but didn’t have anyone help with it. I recall conversations between my internal mother who got anything positive or good and my father part to take the bad. My real Dad when not in an alter state was an ok guy hence why I picked that as a hero protector. Here’s the thing..
I’m sure their are many cases that are not legit. However, I can say without doubt it is sadly real and a long process to navigate. They have done studies on brains Iv heard that show different pathways used in the brain when people switch. People can’t act that well to pull off the degree of change that happens with alters. Does that mean they are all over pronounced, no. Sometimes it’s a subtle switch and can be tuned in or out depending on the immediate situation. Sadly the process that saves us is the same that hinders us later. It’s like a car with different gears, we are all in the same car just some are separated from some information. Common sense would tell you this is real given that crazy insane things happen and you must go to school and play dolls the next day and the brains says nope put that over there. It just annoys me when someone is so ignorant to DID.

This article is very damaging. It is totally out of date , based on ignorance. D.i.D has been proved real by science studies and is no long a question of if it is real. To put it simple (as who ever wrote this obviously is simple) if you believe in science, you believe in did.

I have DID too,have had since a young age, 17 years of door, wasted life,now to find out I could be a high functioning autistic to add to it all,one big mad never ending cycle of maladaptive learning playing in an endless loop like a bad movie. DID is very very real.

I cannot agree more. This article hurt so bad. It’s hard enough dealing with people calling you crazy but the idea I am making it up is painful

Shocked at the ignorance and denial pronounced in this article. The information is stigmatizing and incorrect, never mind unscientific. And this from a website that calls itself “psychological SCIENCE.”

As someone who loves someone with this disorder and sees it real life, I find it deeply judgemental of the clinicians in the field but more importantly those who suffer. How dare you make assumptions about EVERYONE with DID.

An avid reader of Current Directions in Psychological Science steps up as Editor of the APS journal. More