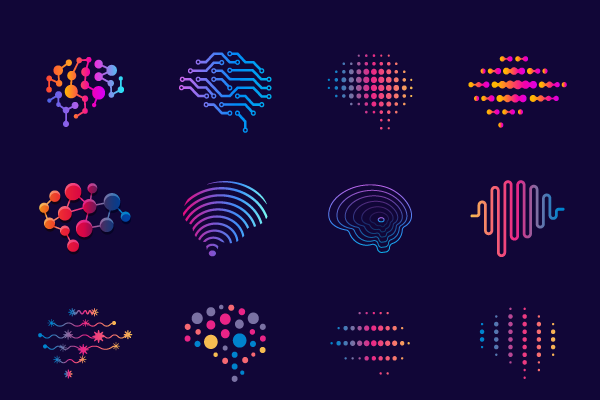 Many of the major news stories of 2020 were closely tied to understanding human behavior, including efforts to contain the spread of COVID-19, understand political divides and social conflicts, and address enduring racial disparities and inequality.

A wealth of research published by the Association for Psychological Science (APS) addresses these and other important topics. The following is a selection of some of APS’s most newsworthy research and highly cited publications from 2020. These stories emphasize the importance of peer-reviewed psychological research and its impact on society.

Romance, Scent, and Sleep: The Stuff that Dreams Are Made Of: Research published in the journal Psychological Science suggests that the scent of a romantic partner can improve your quality of sleep. This is true regardless of whether you are consciously aware that the scent is even present.

Violent Video Games and Aggression: The Connection Is Dubious, at Best: The coronavirus pandemic put a damper on many traditional summertime activities for kids, giving them more opportunity to socialize with friends virtually through online gaming. But many hours of extra screen time worried some parents, especially in light of a 2015 report linking violent video games with aggressive behavior in children. A reanalysis of previous findings published in the journal Perspectives on Psychological Science found no clear link between video game violence and aggression in children.

Psychological Science and COVID-19: Conspiracy Theories: Why are conspiracy theories so popular? Who believes them? Why do people believe them? What are some of the consequences of conspiracy theories, and can such theories be harmful? These questions are explored by Karen Douglas, professor of social psychology at the University of Kent, UK, whose research focuses on beliefs in conspiracy theories.

Pandemic Effects on Marriage and Relationships: Beyond its economic toll, COVID-19 is also having a negative impact on many relationships. Expert commentary from Paula Pietromonaco, professor emerita at the University of Massachusetts, Amherst, explores this facet of the pandemic and how interactions in marital and other close relationships shape each partner’s emotional and physical health.

Trigger Warnings Fail to Help and May Even Harm: A study published in the journal Clinical Psychological Science shines light on the value and potential harm of trigger warnings, the term used to alert readers or viewers to potentially unsettling content. This research suggests that trigger warnings offer little to no help in avoiding painful memories and can even be harmful for the survivors of past emotional trauma.

Contracting COVID-19: Lifestyle and Social Connections May Play a Role: Research published in Psychological Science indicates that unhealthy lifestyle choices, including smoking and lack of exercise, along with emotional stressors like social isolation and interpersonal conflicts are important risk factors for developing upper respiratory infections. It is possible these same factors also increase the risk of contracting COVID-19.

Does Bedtime Media Use Harm Children’s Sleep? Only If They Struggle to Self-Regulate Behavior: Throughout the COVID-19 pandemic, one concern for many parents has been the impact of additional TV or computer screen time on their children and their already disrupted sleep habits. A study published in Psychological Science found that media use in the hour preceding bedtime impacts the sleep only of children who struggle to self-regulate their behavior.

Health and Happiness Depend on Each Other, Psychological Science Says: This research adds to the growing body of evidence that happiness not only feels good, but it is also good for your physical health. Research published in Psychological Science shows that both online and in-person psychological interventions—tactics specifically designed to boost subjective well-being—have positive effects on self-reported physical health.

Claiming Journalism Is ‘Fake News’ May Satisfy a Personal Need for an Orderly World: Research published in Psychological Science reveals that the degree to which people level accusations of fake news against news outlets is at least partially associated with a personal need for an orderly and structured environment.

Aging in an Era of Fake News: Older adults appear to be particularly susceptible to misinformation (e.g., they shared the most fake news during the 2016 U.S. election). In Current Directions in Psychological Science, researchers suggest that social changes in late adulthood, including difficulty in detecting lies and less emphasis on accuracy when communicating, might be partly responsible for susceptibility to misinformation. Moreover, older adults are less experienced with social media and may struggle to evaluate the veracity of content. Interventions that take into account older adults’ social changes and digital literacy might help to reduce their susceptibility to fake news.

Sex Differences in Mate Preferences Across 45 Countries: A Large-Scale Replication: Research published in Psychological Science seems to support the popular perception that men are more likely to prefer attractive young mates, and women are more likely to prefer older mates with financial prospects. These sex differences were universal across the 45 countries surveyed. In countries where gender equality was higher, both sexes appeared to have mates closer to their own age. Contrary to older studies, this study found that gender equality did not predict other differences in mate preferences, such as financial prospects. Also, different countries’ rates of communicable and infectious diseases did not predict sex differences or preferences.

What Is the Test-Retest Reliability of Common Task-Functional MRI Measures? New Empirical Evidence and a Meta-Analysis: The reliability of measuring brain activity using task functional MRI (fMRI) for predicting disease risk and outcomes appears to be low. In Psychological Science, researchers present a meta-analysis of prior research and an analysis of test-retest reliability of brain activity in certain regions across 11 common fMRI tasks. The authors found that reliability across studies was low, and test-retest studies did not reliably show activity in the same areas of interest for the same tasks. These findings suggest that current task-fMRI measures are not suitable for predicting clinical outcomes or studying individual differences.

Racial Inequality in Psychological Research: Trends of the Past and Recommendations for the Future: Systematic inequality exists within psychological research. This is the conclusion researchers published in Perspectives on Psychological Science after querying more than 26,000 articles published between 1974 and 2018 in top-tier psychology journals. Most publications are edited by White editors, and the few publications that highlight race were written by White authors and had few participants of color. These findings suggest the need to diversify editing, writing, and participation in psychological science. To this end, the researchers provide a set of actionable recommendations for journals and authors.

Your Brain Is Not an Onion With a Tiny Reptile Inside: A paper in Current Directions in Psychological Science describes a model of neural evolution that challenges the widespread misconception that as vertebrate animals evolved, they added “newer” brain structures to the “older” existing ones, enabling them to have more complex psychological functions (e.g., language). Neurobiologists have long discredited this misconception that the reptile brain is still part of the human brain, which just added more layers. The authors provide examples of how this inaccurate view of brain evolution has impeded progress in psychology.

The Emotional Path to Action: Empathy Promotes Physical Distancing and Wearing of Face Masks During the COVID-19 Pandemic: Empathy for people most vulnerable to COVID-19 appears to motivate wearing face masks and practicing social distancing, according to an article published in Psychological Science. Participants who showed more empathy for the most vulnerable to the virus were more likely to report social-distancing practices. In two experiments, inducing empathy resulted in higher motivation to wear face masks and to practice social distancing than simply informing participants about the importance of these practices, in particular for those most vulnerable to the virus.

How Firm Are the Foundations of Mind-Set Theory? The Claims Appear Stronger Than the Evidence: Mind-set theory proposes that the beliefs one has about whether attributes are malleable (growth mind-set) or unchangeable (fixed mind-set) influence one’s motivation, type of goals, persistence, and resilience. Contrary to what the mind-set theory would predict, researchers publishing in Psychological Science tested 438 students and found weak associations (<.20) between mind-set, goal orientation, response to challenge, belief in effort, cognitive ability, and intelligence. The researchers suggest that these results may indicate that some claims about mind-set might be overstated.

The Future of Women in Psychological Science: A team of researchers analyzed 10 topics relevant for women’s professional prospects in psychological science: career advancement; financial compensation; service assignment and practices; lifestyle roles and work–family conflict; gender biases; prevalence and perceptions of positions of power; intersectionality; harassment and incivility; agency, self-esteem, and self-promotion; and lack of belonging. In Perspectives on Psychological Science, the authors discuss empirical evidence for each of these issues and clarify gender gaps and positive change in the hope that a better understanding of these issues will spark conversation and help to mitigate remaining gender differences in the field.

Can Bad Be Good? The Attraction of a Darker Self: We prefer fictional villains who are similar to us, according to research in Psychological Science. Researchers explored data from an online platform that allows users to become “fans” of characters and take a quiz to evaluate their similarity with them. Individuals preferred villains who were similar to themselves. A series of laboratory studies also found an association between similarity of negative traits, when the villain was fictional but not when the villain was a real person, and attraction to the villain.

Expert commentary from APS Fellow George A. Bonanno, on the topic of resilience at a time of loss and trauma. [March 31, 2020]