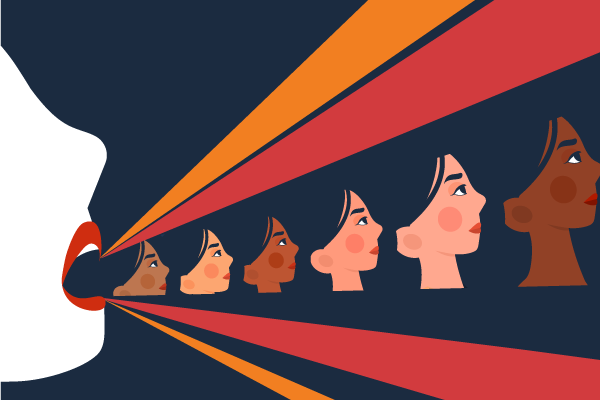 The latest issue of Perspectives on Psychological Science is dedicated to the singular topic of microaggressions: statements, policies, and environmental cues that carry racial and prejudicial overtones. Though small in scale and sometimes unintended, microaggressions can negatively impact the well-being of individuals while reinforcing harmful stereotypes in society.

To explore the origin of this concept, the journal, published by the Association for Psychological Science, has published 13 papers examining the current body of research and pointing out gaps in our understanding. The issue is freely accessible until October 31.

After Pierce and Sue: A revised racial microaggressions taxonomy

In 2007, researchers from Columbia University published an article proposing categories of racial microaggressions—but those categories were based on observations, not data. “Since that seminal article, there has been an explosion of research, so it seemed fitting to revisit those categories in light of new information,” said Monnica Williams, a researcher at the University of Ottawa and author on two papers in the issue as well as the guest editor of the entire issue. Williams’s paper supports the original categories proposed in 2007, with a few expansions and new categories that she says are important to further research, awareness, and understanding of microaggressions.

“Although patterns of overt racism have waxed and waned throughout history, subtle racism has remained consistent and pervasive in everyday life,” said Williams. “Microaggressions have been misunderstood, both by the general public and even within the scientific community. Some detractors have called the concept antiscientific, or worse yet, a political ploy. But this special issue underscores the solid backbone of research behind this important concept.”

Scholars and lay critics are mistaken when they suggest that there is scant evidence for White people’s perpetration of racial microaggressions, according to another paper by Lisa Spanierman, Tony Clark, and Yeeun Kim of Arizona State University. “Racial-microaggressions research is both robust and rigorous,” said Spanierman. “Racial microaggressions are real and have real consequences for people of color. Because White people often are unaware of how their words and actions may cause harm, they must pay attention to what they are doing, listen empathically, and practice humility.”

How microaggressions reinforce and perpetuate systemic racism in the United States

“It’s not in your head”: Gaslighting, ’splaining, victim-blaming, and other harmful reactions to microaggressions

“Secondary microaggressions, microaggressions that occur in response to a person speaking up or challenging microaggressive behavior, are harmful and can take many forms,” said Veronica Johnson, a researcher at the City University of New York and lead author on the paper. “In addition, microaggressive abandonment and neglect can occur when the target of a microaggression is left unsupported and/or invalidated by peers or bystanders.”

Psychological scientists who study bias have struggled with how to capture the intricacies of intersectional identities—multiple facets of identity that interact to create different social experiences and modes of discrimination—and microaggressions experienced by individuals holding these identities.

Pushing back against the microaggression pushback in academic psychology: Reflections on a concept-creep paradox

Psychological science needs to better capture Black experiences and “tell it like it is” or it will risk becoming an irrelevant discipline. “Psychology is grappling with its identity as a discipline, one that has historically given more voice to White, male academics to the relative neglect of racial minorities and women,” said Gordon Hodson, a researcher at Brock University. This ongoing situation risks downplaying microaggressions and other experiences that disadvantaged groups report but privileged groups too frequently dismiss as overly subjective or left-leaning. This leaves psychology out of a very important discussion, at a time when critical social movements (e.g., #MeToo, Black Lives Matter) have revealed that disadvantaged groups are rightfully asking that their voices be heard in order to capture the full human experience.

Racial and language microaggressions in the school ecology

Teachers and other school personnel can develop and use prevention strategies to address and lessen students’ experiences of racial and language microaggressions in K-12 schools. Without interventions, these microaggressions can negatively impact whole-student outcomes.

“We are trying to address building knowledge for teachers about both racial and linguist microaggressions, while also offering classroom strategies to prevent and/or respond to racial and language microaggressions,” said Anne Steketee, an assistant professor at Millikin University and one of five coauthors on the paper. “Microaggressions have a destructive influence, but teachers can have a strong transformational impact in the lives of K-12 students.”

The authors discuss how racial and linguistic microaggressions have lifelong damaging effects on K-12 students. They describe prevention strategies that can foster an equitable atmosphere in the classroom, ensuring that all students have a safe environment to learn, communicate, and grow.

Overt expressions of racial intolerance have surged precipitously. The dramatic uptick in hate crimes and hate speech has not been lost on children. But how, and how early, do children become aware of racial bias? And when does that bias begin to influence their own views of themselves and others? This article opens with a brief overview of the existing experimental evidence documenting entry points and development of racial bias in infants and young children. The article then goes on to identify gaps in extant research and outlines three steps for narrowing them. “By bringing together what we know and what remains unknown, the goal is to provide a springboard, motivating a more comprehensive psychological science framework that illuminates early steps in the acquisition of racial bias,” said Sandra Waxman, a researcher at Northwestern University and author of the paper. “If we are to interrupt race bias at its inception, and diminish its effects, then we must build strong cross-disciplinary bridges that span all the psychological and related social sciences to shed light on pressing issues facing our nation’s young children and their families.”

Like overt forms of racism, microaggressions are important sources of stress for individuals from diverse racial and ethnic backgrounds. Anthony Ong of Cornell University proposes a framework for investigating stressors that may impact the experience of racial microaggressions in everyday life. The article invites researchers to employ methods that account for dynamic features of everyday racialized experiences, giving sufficient attention to process, person, and context.

The logic of microaggressions assumes a racist society

The need for shared nomenclature on racism and related terminology

With the increased desire to engage in anti-racist clinical research, there is a need for shared nomenclature on racism and related constructs to help move the science forward. The authors of this paper break down the factors that have contributed to the development and maintenance of racism—including racial microaggressions. The researchers provide examples of the many forms of racism and describe their impacts on us all.

The paper notes that racism is a system of beliefs, practices, and policies privileging those at the top of the racial hierarchy and that individual factors contributing to racism include racial prejudices and discrimination.

“Given the negative impact of racism on health, understanding racism informs effective approaches for eliminating racial health disparities, including a focus on social determinants of health,” said lead author Angela Haeny of Yale University. “Providing shared nomenclature on racism and related terminology will strengthen clinical research and practice and contribute to building a cumulative science.”

Microaggressions have received a lot of attention among both academics and the public, but discussions have not focused enough on why microaggressions are harmful and exactly what sorts of harm they cause. To help expand these discussions, this article proposes that microaggressions must be understood anew by psychologists, philosophers, and educators who research, theorize, and teach about them.

“Even though microaggressions can seem subtle for those who aren’t directly experiencing them, they can and do cause serious and enduring harms,” said the paper’s lead author, Lauren Freeman, of the University of Louisville. According to Freeman and her colleague Heather Stewart, frequent subjection to microaggressions can impede our ability to listen to people and take them seriously when they speak; contribute to the problematic policing of people’s emotions; and increase both subtle and overt forms of discrimination on the basis of weight, gender, and racial and sexual identities.

“Though from the outside, microaggressions can seem small or insignificant, our focus must be on how they impact the lives of the people whose experiences are riddled with them and the damage they do along the way,” Freeman said.

Perspectives on Psychological Science is a bimonthly journal publishing an eclectic mix of provocative reports and articles, including broad integrative reviews, overviews of research programs, meta-analyses, theoretical statements, and articles on topics such as the philosophy of science, opinion pieces about major issues in the field, autobiographical reflections of senior members of the field, and even occasional humorous essays and sketches. Perspectives contains both invited and submitted articles. Past special sections of Perspectives have investigated correlative analyses commonly used in neuroimaging studies, featured prominent researchers writing about what they consider to be “The Next Big Questions in Psychology,” and examined the causes of and solutions to the lack of replication in psychological science. This journal is a member of the Committee on Publication Ethics (COPE).